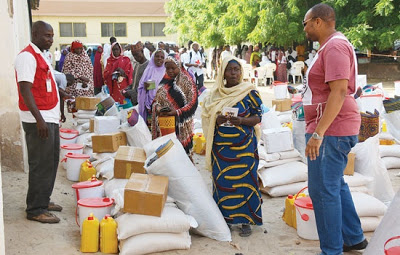 The Presidency has refuted claims by some aid agencies that there is mass starvation in IDP camps set up in northeastern part of the country.

A statement from the Presidency says it is concerned about the attempts to whip up fears that the humanitarian crisis is worse than being reported.

While it recognizes that local and international humanitarian respondents including the United Nations have done an immeasurable amount of effort filling in the gaps wherever they existed, the federal government says it is not true that 100,000 or even a million people will die because government is unable to provide care at the camps.

The Presidency says it is handling the situation with great sensitivity and has put measures in place to cushion the humanitarian challenges with collaboration between NEMA and the Presidential Committee on Northeast Initiative.