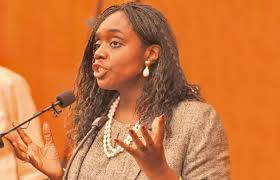 The Federal Government has launched a new policy which will encourage Nigerians to report financial and other related crimes to relevant authorities.

Part of the new policy stipulates that, whistleblowers whose revelations lead to recovery of money will be entitled to as much as 5 per cent of the recovered sum.

The new policy was approved on Wednesday at the meeting of the Federal Executive Council, chaired by President Muhammadu Buhari inside the Council Chamber of the Aso Rock Villa.

The Minister of Finance, Kemi Adeosun, who announced the new policy to State House correspondents, said it is being put in place “in conjunction with the Attorney General of the Federation and Minister of Justice”.

She said the policy is a stop gap initiative until the National Assembly formally passes a law on whistle blowing, adding that it will encourage Nigerians with information on financial crimes to disclose it.

According to her, the aim is to strengthen the fight against corruption by the Buhari administration.

Mrs. Adeosun noted that the government will set up a website and provide a phone number and email for people to use.

She said anonymity and protection of whistleblowers will also be guaranteed.