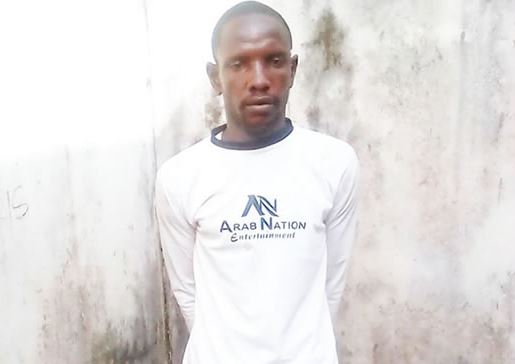 PUNCH Metro learnt that Abubakar and the victim, a herdsman, whose name had yet to be ascertained, worked on a farm in the area.

It was gathered that Abubakar and the victim were on the farm on Saturday when a disagreement ensued between them. The altercation was said to have led to a scuffle, during which the 28-year-old suspect hacked the herdsman to death.

Our correspondent learnt that Abubakar dismembered the deceased, packed the parts in a sack and dumped them in a bush.

A source, who has knowledge of the incident, said the deceased’s brother, identified as Adamu, reported a case of missing person to the police when the victim did not return home from the farm on the day.

“A police team went to the farm and some persons provided useful information, which indicted the suspect. He was arrested based on the tip-off and he actually confessed to killing his friend,” the source added.

She said the state Commissioner of Police, Fatai Owoseni, had directed that the case be transferred to the State Criminal Investigation and Intelligence Department, Yaba, for investigation and prosecution.

She said, “The command, upon discreet investigation and intelligence gathering, arrested the suspect. The victim, aged 27, was his friend and co-worker.

“They had an altercation which resulted in a physical fight and in the process, the suspect attacked the deceased with a dagger, cut him to pieces and dumped him in the bush.

“The clue gathered by the police led to the arrest of the suspect who later confessed to the crime and led operatives to the scene where the body parts were recovered.”