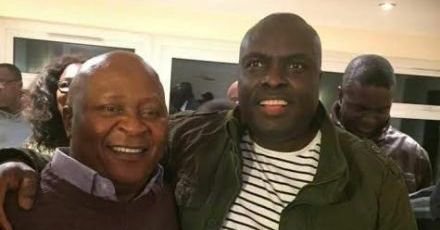 Delta State Government says it has no case with former governor and convicted fraudster, James Ibori, and is very happy he has been released from the London prison.

The State Commissioner for Information, Patrick Ukah, stated this in Asaba while responding to questions after briefing journalists of the decisions at the last State Executive Council meeting for the year.

Mr. Ibori was on Wednesday released from prison after completing his sentence for fraud in a London prison.

According to Mr. Ukah, the close associate of the former governor and all those who knew him and loved him expressed joy at his release.

“We are all very happy that our son, our brother, former governor has been released. So, it is a thing of joy and the only expression as a state is that we are happy.

“I think for everybody, who has a personal relationship with him, will be very happy and I think that as a state we don’t have issues with our former governor and he is somebody that everybody loved,” he said.

He said at the last meeting, the state government had approved the award of more roads contracts and assured that ongoing roads construction would get a boost in April next year.

He said the roads approved for constructions and repairs include the construction of Abraka Township road in Ethiope East Local Government Area of the state and Owa Alero-Ute Okpu road in Ika North East LGA.

Also, the construction of Burutu Township road in Burutu LGA, rehabilitation of Charles Street in Agbor, Ika South LGA among others.

The commissioner said that the Ughelli-Afizere roads construction about 8.5 kilometres road would be completed by April next year.

“Also on the roads construction in Okpanam, the contractor had gone on break and to resume work Jan. 5, and with the mandate to connect the drains. Work will run and receive appreciable impact before April, 2017,” he said