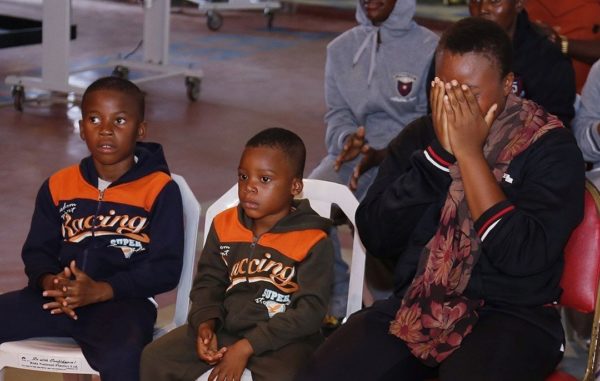 Another 140 Nigerians who voluntarily agreed to return to Nigeria from Libya where they have been stranded on Tuesday arrived the Murtala Muhammed Airport (MMA) Lagos, aboard a Libyan Airlines plane.

One of the returnees described her experience in Libya as living in hell.

Mrs Ifeoluwa Adeosun, an indigene of Owo in Ondo State,  said she sold all her property to travel to Germany when her husband, Adeosun died.

She however lamented that she suffered a lot while in Libya.

She said she decided to go abroad in search of the means to take care of her children after the demise of her husband.

She thanked IOM and Federal Government for her trip back to Nigeria,

Adeosun appealed to the Federal Government to evacuate other Nigerians in Libya, adding that they are suffering there.

Among the 140 returnees were 74 adult females, 52 adult males, one female child, two male children, three female infants, two male infants and six unaccompanied kids, out of which five are female and one male.

“What makes this special is that we have four minor accompanied among them.

“We have to do proper training to see that these people are united with their families.

“We have three medical cases on board and our doctors are aware of their cases and waiting to attend to them,” he said.

He advised the returnees to stop running away from the country, adding that they should stay to develop the country together with their compatriots.

“My advice for you is to sit down at home, struggle and let’s develop our country. The country you are running to, their citizens developed it. If all of us run out of the country, who will develop it.

“So let stay back, struggle, work hard and ensure that our country is a better place for us,” he said.

Head of Lagos Office of IOM, Dr Nahashon Thuo, said most of the returnees were trying to cross to Europe without valid immigration papers.

Thuo said they were arrested by Libyan Immigration.

He, whoever, said the returnees indicated their interest to return to Nigeria, adding that they would be given 50 dollars each by the organisation.

Several government agencies were on hand to receive the returnees. Among the agencies were the Nigeria Immigration Service, Port Health from the Federal Ministry of Health and the National Agency against Trafficking in Persons (NAPTIPs)