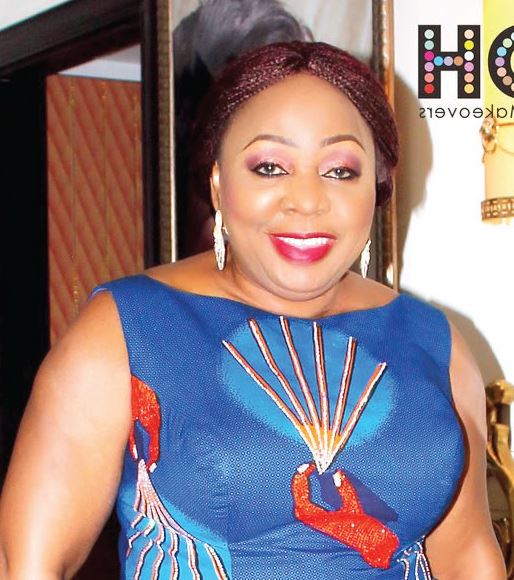 A former presidential special adviser, Senator Florence Ita-Giwa, on Wednesday disclosed that she fell in love and married Dele Giwa because of his Press Snaps column.

Dele Giwa, a former the Editor-in-Chief of Newswatch magazine, was killed by a letter bomb on October 19, 1986.

Ita-Giwa, who spoke on a radio programme (Hit FM) in Calabar on Wednesday, explained that she became interested in the journalistic write-ups as a result of the works of her mother, Beatrice Bassey-Ita and the likes of Peter Enahoro and Sam Amuka.

She said that she got married to Dele Giwa just barely three weeks after their first contact as a result of his intellectual prowess.

The former presidential adviser, who was responding to a question on her relationship with Dele Giwa, said that she followed him to his house on request on the first day that they met to know how he wrote his column.

She said, “I became attracted to journalism because of my mother and the likes of Peter Enahoro, Sam Amuka and others. My mother worked for the West African Pilot and later The Guardian before she joined Sketch where she retired.

“I stumbled into Dele Giwa because I liked his column. I did marry him eventually not because he was handsome, but what he had upstairs. When I met him coincidentally, I just told him that I had been reading his columns which I found entertaining and intellectually challenging.

“On that particular day, he looked at his time and said he was going home to write his column, he requested that follow him to his house to see how he prepared the column, I agreed. We drove from Surulere to Ikeja because I was curious.

“When we got to his house, he went to his study and brought out one old typewriter and sat on the table with a glass of water and cognac and started typing straight from his head without looking at any material.

“He did this up till about 3am the next morning, I was so amazed. I called my mum that early morning through his telephone (landline) to inform her that I was with Dele Giwa and that he was typing his column from his head.

“From that day, we never parted until we got engaged three weeks after. He was a beautiful and intellectually rich human being that had so much in his head. He was very fearless. He was a prolific writer and I was always scared for his life.”