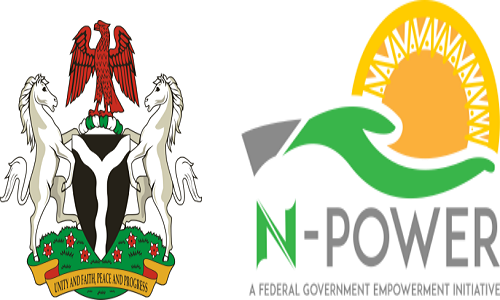 Some enlisted applicants of the Federal Government employment initiative, N-Power in the 13 Local Government Area of Ebonyi state on Monday protested alleged extortion by government officials during documentation exercise.

According to reports, the youths numbering over 200 who had earlier gone to pay the sum of N500 at Number 29, Gunning road, Abakaliki, as directed by the organizers in order for them to be documented–got to the venue of the documentation exercise as early as 7:am.

After waiting for several hours, they were given another directive at about 2:30 pm to go back to their various local governments and wait for further directives.

This didn’t go well with the youth who had been in the scorching sun for hours, they immediately trooped to the entrance gate leading to the governor’s office and blocked it. The youths demanded that the Commissioner for Economic Empowerment and Job Creation, Donatus Njoku or any other top government officials to come and address them before they can vacate the premise.

After waiting several hours without anybody addressing them, the protesters went back to where they paid the N500 to demand their monies back.

According to a report by Premium Times, a little drama ensued at the payment point as about 5 unidentified hefty men came in a Hilux Van with registration number AKL 342 SB to whisk away a man and a lady stationed at the point and zoomed off.

Suspecting connivance and attempt to go with the suspects in order to avoid arrest, the protesters immediately went after the vehicle but their chase was in vain.