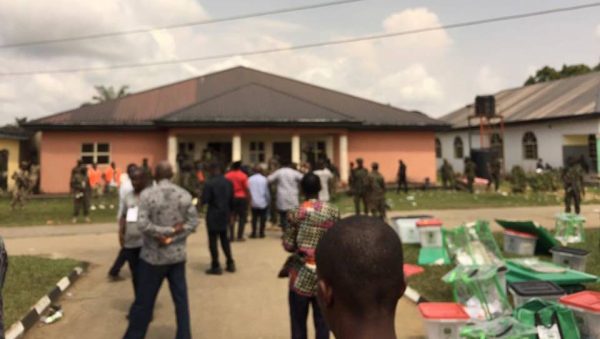 Mr. Mohammed, a deputy superintendent of police, was killed during an ambush at Omoku, Onelga Local Government Area, CLEEN Foundation said in its report of the election. He was killed alongiside his police aide, the group which monitored the election and works closely with the police said.

Other police officers confirmed Mr. Mohammed’s death to PREMIUM TIMES. They said he was a member of the Mobile Police19 team in Port Harcourt and is a son of a retired police officer.

There were several cases of violence, ballot box snatching in the Rivers election to elect lawmakers that would represent the state in local and federal parliaments.

“We call on the Inspector General of Police to investigate all cases of voter harassments and intimidation during the elections, especially the alleged shooting to death of Mr. Mbari John MeeBari,  killing of DSP Alkali Mohammed and his orderly who was beheaded during an ambush at Omoku, Onelga LGA,” CLEEN said in its report.

The police are yet to officially announce the killing of the officials. The Rivers Police spokesperson did not pick or return calls to his phone.