Obama Says US Will Retaliate Against Russian Interference In Election

Yinka Agunbiade
President of the US, Barack Obama, has vowed to retaliate against Russia for its alleged interference in the presidential election. 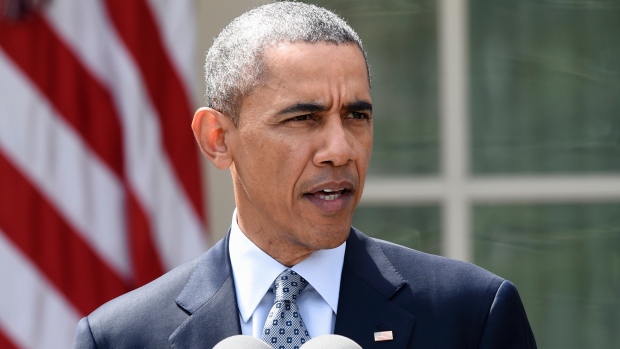 Obama made the pronouncement during an interview on US National Public Radio (NPR), broadcast on Friday morning, after the White House accused Russian President Vladimir Putin of direct involvement in cyber attacks designed to influence the last month’s US presidential election.

“I think there is no doubt that when any foreign government tries to impact the integrity of our elections that we need to take action,” Obama told NPR. “And we will, at a time and place of our own choosing.”

Obama’s remarks came after White House Press Secretary Josh Earnest said on Thursday that based on the views of US intelligence officials, it was “pretty obvious” that Putin was directly involved in the hacking operation aimed at meddling in the November election.

Asked if Washington believes Moscow successfully rigged the US election, Earnest said there were a “variety of potential explanations, and that’s more of a question for analysts of politics than it is for analysts of intelligence.”

“I don’t think anybody at the White House thinks it’s funny that an adversary of the United States engaged in malicious cyber activity to destabilise our democracy. That’s not a joke,” Earnest said.

“Mr. Trump obviously knew that Russia was engaged in malicious cyber activity that was helping him and hurting Secretary Clinton’s campaign,” he noted.

Trumps meanwhile has ridiculed the allegations that Russia had paved the way for his election victory.

Trump said in a tweet that, “If Russia, or some other entity, was hacking, why did the White House wait so long to act? Why did they only complain after Hillary lost?”

The assessment by the Central Intelligence Agency (CIA) and the Federal Bureau of Investigation (FBI) that Moscow was involved has been accepted throughout the US government and by top Republican Senators.

The outgoing president has repeatedly said both the Democratic and Republican National Committees were well aware of the hacking and the Russian threat before the election Day.

Moscow has time and again denied any interference in the presidential election, calling the allegations absurd and an attempt to distract US voters from pressing domestic issues.