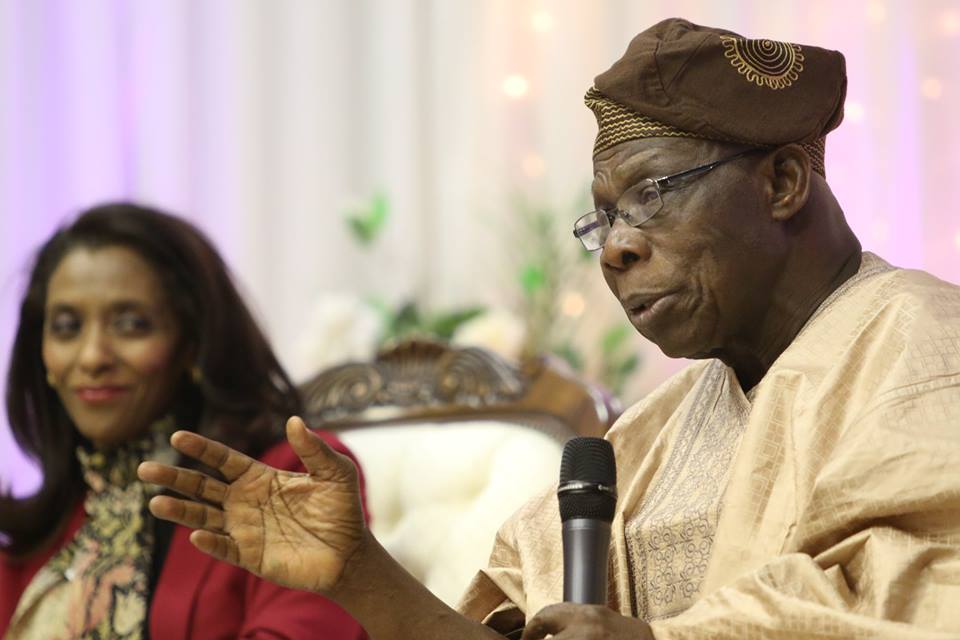 Former President Olusegun Obasanjo has urged people of the South East zone to shy away from the spirit of individualism and unite to achieve the political aspirations that has eluded them for the development of the region.

Speaking on Thursday at the South East Security and Economic Summit in Enugu, Mr. Obasanjo said the zone would not achieve much with continued individualism and lack of cohesion amongst them.

He said the people of the area seemed to have forgotten their spirit of enterprise and communal efforts, which stood them apart from other ethnic groups in the country.

He said the zone was unique and that it needed to use its uniqueness to its advantage to negotiate the actualization of their aspirations.

“The South East is known for their spirit of enterprise and adventure and you have to utilize it for improved development and security.

“You must work together and not be divided. You must shy away from the spirit of individualism and must earn solidarity with your neighbours,” he said.

Mr. Obasanjo urged the state governments to leverage on the abundant natural resources in the zone to improve the lives of their people.

He said the South East could be the food basket of the nation, adding that state governments needed to take the responsibility of engaging the youths to check restiveness.

“I don’t think I should be eulogized for facilitating this summit in the South East because I did the same thing when I visited Maiduguri because of the problem of Boko Haram,” Mr. Obasanjo said.

Earlier, the Chairman of the summit, Emeka Anyaoku, said the event was non-partisan and a commitment to the economic and security well-being of the region.

Mr. Anyaoku, who is a former Secretary General of the Commonwealth, said the South East felt neglected as it was experiencing the worst economic challenge in the country.

“Although every other zone in the country is experiencing economic malaise but that of the South East is more grievous.

“There is a sense of neglect and non-inclusion in this zone by the Federal Government and that is why coordination among the state governments is very necessary,” he said.

He, therefore, appealed to the state governors and the organised private sector to devote greater attention to building bridges of unity in the zone.

Mr. Anyaoku said there would be no need for the Federal Government to periodically bailout state governments if the country was restructured with fewer federating units.

“The summit is also working for the advancement of the entire country. If the Nigerian federation is restructured with fewer units this country will achieve greater stability,” Mr. Anyaoku said.

The News Agency of Nigeria (NAN) reports that the event was attended by governors of Enugu, Abia, Ebonyi and the deputy governor of Anambra state.

The rest are government officials from the five South East states, members of the state houses of assembly and others.