Head of the catholic church Pope Francis celebrated his 80th birthday on Saturday by sharing breakfast with eight homeless people inside the Vatican before presiding over a subdued mass in the chapel of the Apostolic Palace with a small group of cardinals. The pope chatted individually with each of the homeless guests- four Italians, two Romanians, a Moldovan and a Peruvian – at the Vatican hotel where he resides, and shared Argentinian cakes with them before heading to Mass, the Vatican said.

The guests in return of the gesture offered the pope a bouquet of sunflowers. They were invited from among those staying around St. Peter’s Square and at nearby showers for the homeless established by the pope’s almsgiver. 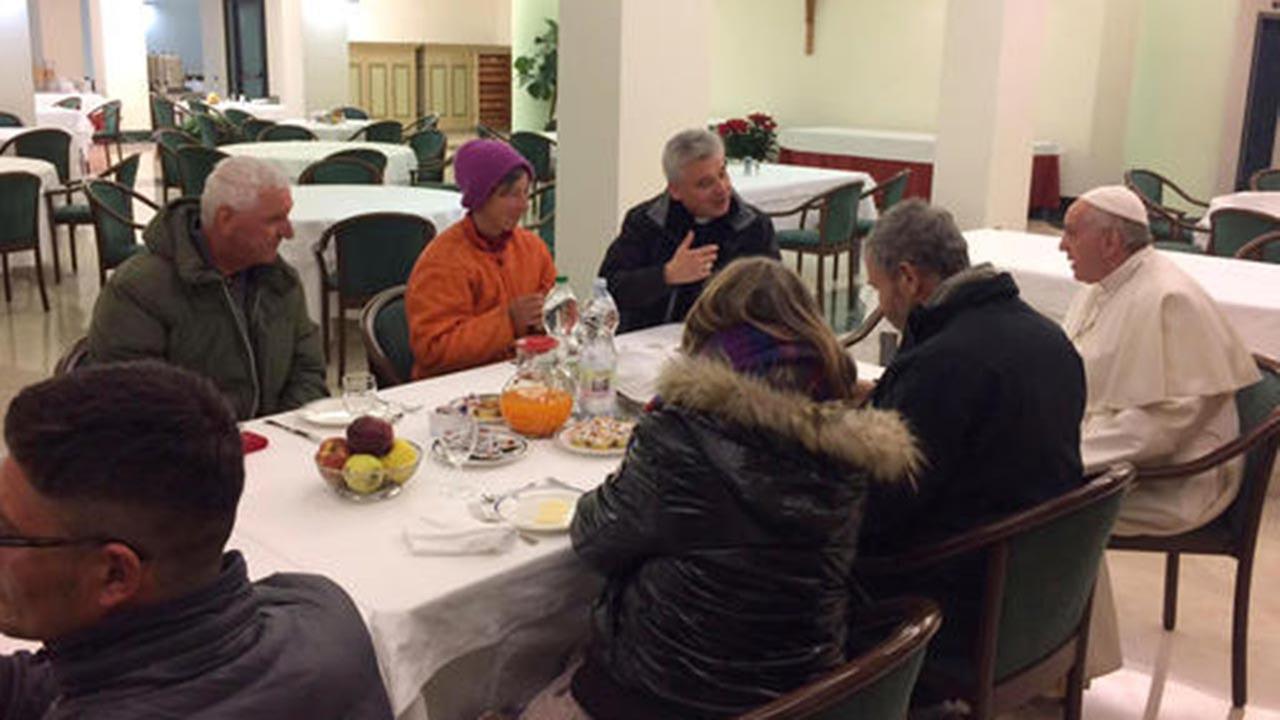 Speaking to the cardinals, Francis contemplated the ageing process, telling them, “For some days now, I have had in mind a word that seems ugly: Old age, a thought that frightens.”

Francis has said he would only be at the helm of the Catholic Church for four or five years. March will mark four years since he took over. Like his predecessor Benedict, he said he will consider retirement.

However, observers say he wants to continue his efforts to make his church more responsive to the needs of the poor and marginalised.

The pope also sent birthday cakes for 1,500 people to kitchens serving the poor and homeless in Rome.