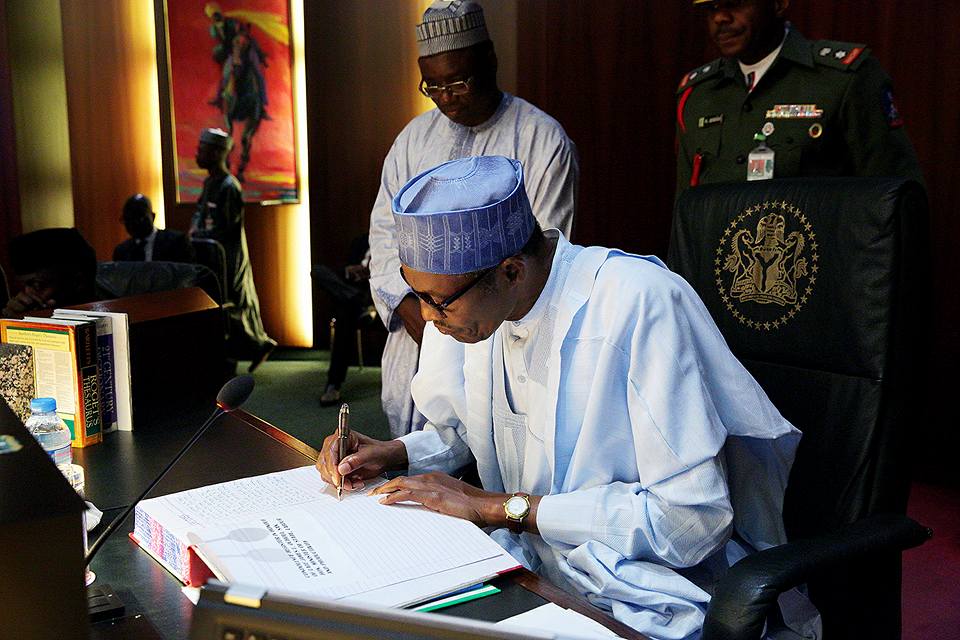 President Muhammadu Buhari will today Wednesday, 14th of December, 2016 present the 2017 Appropriation Bill to a joint session of the National Assembly.

Recall that the President who returned to the country earlier today from The Gambia, had said there would be no such thing as padding in the 2017 budget as he would make sure he block all possible ways of tampering with the document.

He condemned what he termed injecting rogue projects and figures into the financial document, saying it is unfair to Nigerians and detrimental to the growth of the economy.

Meanwhile, the Minister of Budget and National Planning, Udoma Udoma says the Federal Government intends to spend 10 trillion naira and will issue new oil licenses as part of efforts to explore new streams of revenues to fund the 2017 budget.

The Minister stated this when he appeared before the Senate joint committee on appropriation and finance to defend the revised Medium Term Expenditure Framework (MTEF) and the Fiscal Strategy Paper (FSP).

According to him, the Federal Government would also review the current joint venture arrangements with oil companies, marginal oil fields as well as mount pressure on revenue generating agencies to surpass expected targets.

He added that a total of N10 trillion was being targeted by the federal government as revenue for the 2017 fiscal year, in which about N5 trillion is expected to be generated from the sale of crude oil while non-oil revenues will rake in about N5.06 trillion.