Nigerian superstar, Wizkid has cancelled his highly anticipated homecoming concert and all other shows for the rest of the year and January 2017. 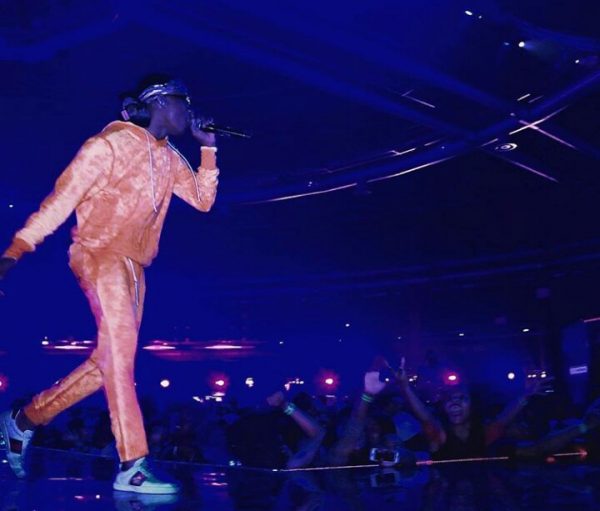 According to reports, the Starboy label boss was forced to bow out of several schedule performances following the advice of his doctor.

In an apology he made to his fans, the hitmaker promised new music before the end of this year, and promised to be back, stronger and better. 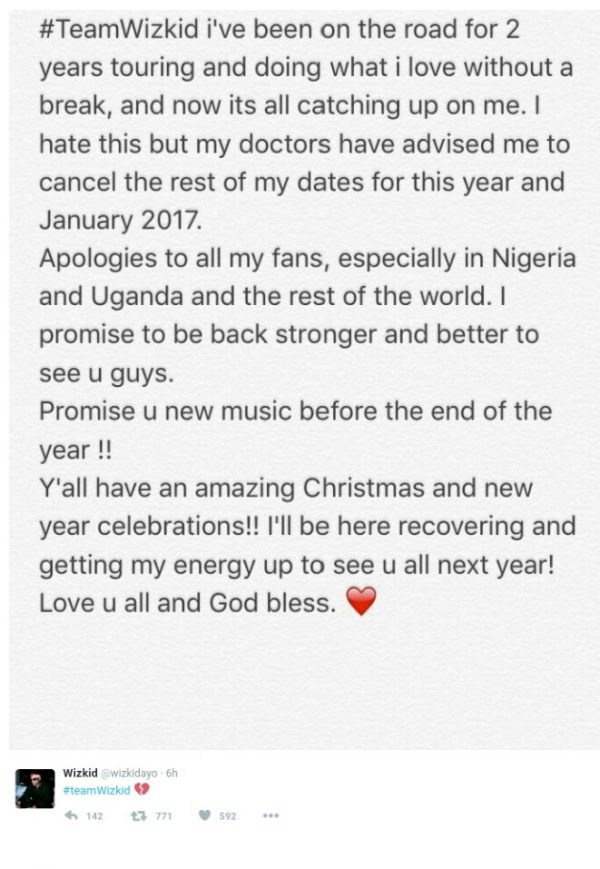 At the moment, fans of the ‘Ojuelegba’ crooner can’t seem to decide whether they’re angry at him for focusing on his health and abandoning them at the time of their need or to cry over his cancelled Homecoming concert, which would have been his first in two years. 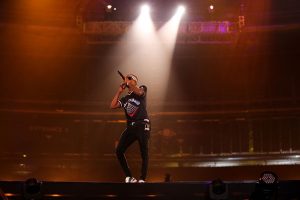