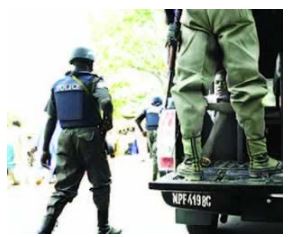 Three persons are confirmed dead in an autocrash, which occurred in Ido Ekiti on Saturday.

A resident said the accident occurred when the brake of a truck failed and climbed the median before running over two motorcyclists popularly known as okada riders who were carrying other persons with them.

He said the mangled bodies of those that lost their lives had been deposited in the morgue of the Federal Teaching Hospital, Ido Ekiti, while those injured were receiving treatments at the Intensive Care Unit of the same hospital.

Arogbodo, who expressed sadness on the loss of the three persons, called on motorists to always exercise patience while driving on the road to prevent loss off innocent lives.

A resident said the deceased were of the same parents and that they were traveling to Usi Ekiti when the incident happened.