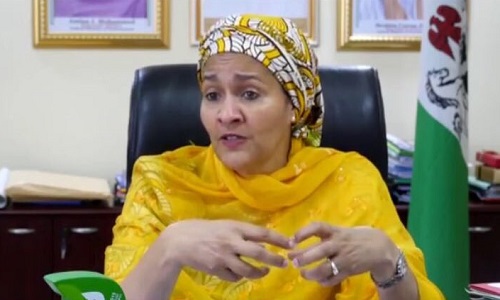 The United Nations (UN) is set to confirm the Minister of Environment, Amina Mohammed as the Deputy Secretary General.

According to Premium Times, her appointment would soon be confirmed in a statement to be released soon.

Ms. Mohammed would serve in the capacity of deputy to Antonio Guterres, who will assume the position of Secretary General on the 1st of January, 2017.

The Minister who was appointed by President Muhammadu Buhari in November, 2015 had initially served as an adviser to the outgoing UN Secretary General Ban Ki-Moon.