A woman in Australia called a snake catcher to her house after spotting a deadly serpent imitating a tinsel on her Christmas tree. 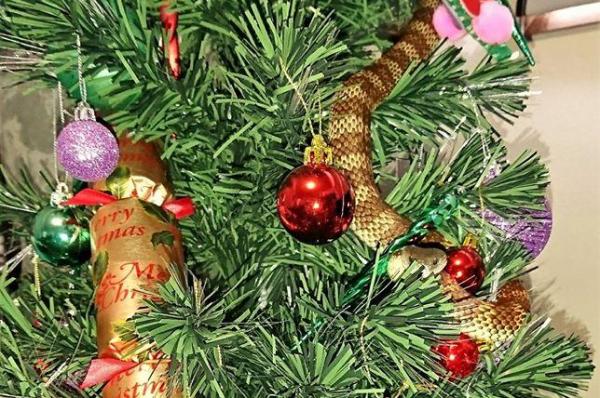 “She didn’t panic, she just took a photo and sent it to the snake catcher, me, and 20 minutes later I had the little bugger in a bag,” he wrote on Facebook.

Goldsmith said Cheryl did the right thing, as the situation could easily have lead to a Christmas of tragedy.

“The snake is among the most dangerous of Australia,” Goldsmith told CNN.

“Cheryl did exactly what she was supposed to do,” he said. “She closed the door, put a towel underneath and called me.”