The world’s highest bridge has been opened to traffic in southwest China.

The bridge is reportedly the world’s highest by vertical distance from the deck, down to surface beneath its span.

According to the Chinese state media, the Beipanjiang Bridge which hangs some 570 meters above a deep gorge opened to public use about four months after its construction was complete. 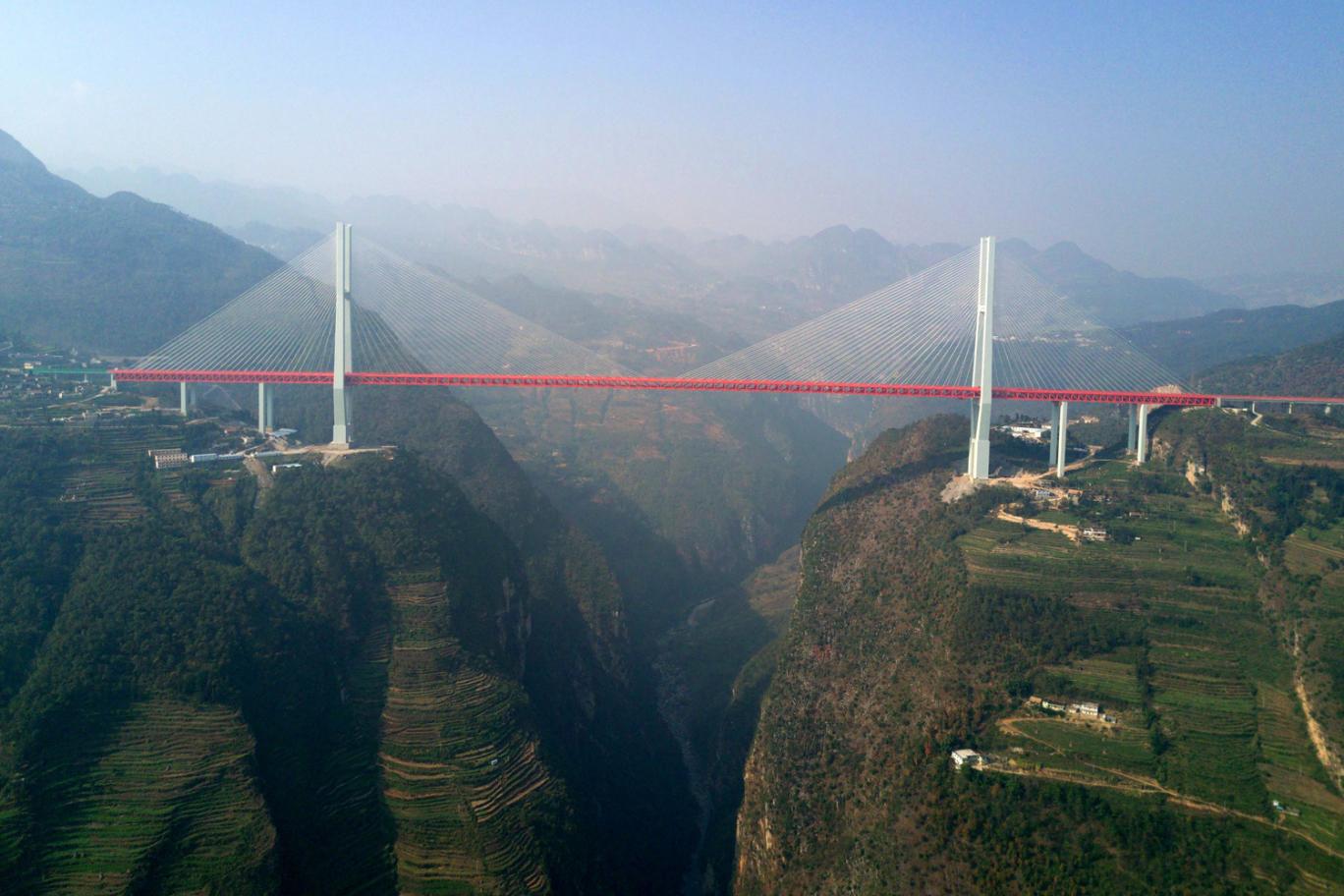 The Beipanjiang Bridge connects one city in Yunan province to another in Guizhou province, cutting the journey between the two from an over 4-hour drive to only one hour. The mountain overpass has cost about 120 million dollars.