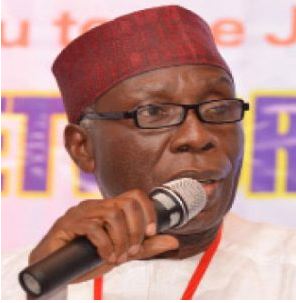 The minister of agriculture and rural development, Chief Audu Ogbeh has said over 3.5 million birds are currently infected by the bird flu (Avian influenza) in the country

He said, “The current status of the disease in the country is quite alarming, as it has now affected 26 states and the FCT with over 3.5 birds culled so far.

The minister stated this in his opening remarks on the occasion of a consultative meeting with Commissioners of Agriculture /Livestock, State Directors of Veterinary Services and major Stakeholders in the poultry industry which held in Abuja, today

This is even as he stated that efforts to eradicate the virus as it was done in 2008 “is being hampered by paucity of funds as a result of the economic challenges in the country due to dwindling oil revenue”.

These he said include “lack of compliance with on farm quarantine measures and movement restrictions,violation of biosafety measures which leads to the rapid spread of the diseases,clustering of poultry farmers with limited adherence to basic Hygiene and on farm biosafety measures, reluctance of poultry farmers to register with State directors of Veterinary services for easy monitoring and unregulated activities of egg and manure merchants.

The Minister further revealed that recently, a new strain of the bird flu virus(H5N8) was reported in Kano. The new strain is believed to be very pathogenic and more devastating to poultry species and therefore may add to the burdens of the strain (H5N1) that is currently circulating the country.

Chief Ogbeh said “the disease is transboundary in nature and also trade limiting, some of our neighbouring countries have proposed ban on poultry and poultry products from Nigeria, which he said may lead to egg glut in the country”

He recalled that “The disease which was first reported in 2006 and spanned to 2008 was controlled and eradicated through concerted efforts facilitated by the availability of resources through a world Bank sponsored project and the support of other development partners”.

” Almost a decade later in December 2014,the disease re-occured in a commercial poultry farm and a live bird market (LBM) in Kano and Lagos States respectively.

Stressing his pains at the lost caused by the virus, Chief Ogbeh noted that there are already huge and unacceptable losses to the poultry industry and the nation as a whole.