Several months after it was abandoned largely due to the corruption trial of the contractor, work is set to commence on the Apo-Karshi road, in the Nigerian capital Abuja, PREMIUM TIMES learnt.

The contract for the construction of the 13.25 km road was awarded in 2011 to Kakatar Engineering Limited, a company owned by Azibaola Robert, a cousin of former President Goodluck Jonathan.

The road was designed to ease the gridlock at the AYA-Nyanya-Mararaba section of the Abuja-Keffi road that links the Abuja metropolis with some densely populated satellite towns including Karshi, and neighbouring Nasarawa State.

The project was supposed to be one of the Jonathan administration’s major achievements in the Nigerian capital.

The scope of contract was to include site clearance and earthworks; construction of culverts (pipe and box) of various sizes; drainages; construction of two bridges of 3-span (45m) and 5-span (75m); rehabilitation of one bridge; as well as pavement and surfacing.

Two months after the road contract was awarded, the company began work at the site on March 23, 2011.

Mr. Jonathan’s exit as president coupled with subsequent indictment of Mr. Roberts by an anti-corruption agency has however meant the road, initially scheduled to be completed early this year, is less than half complete.

The Economic and Financial Crimes Commission, EFCC, on March 17, 2016 arrested Mr. Robert and his wife, Stella, who is the executive director (Projects) of the firm. 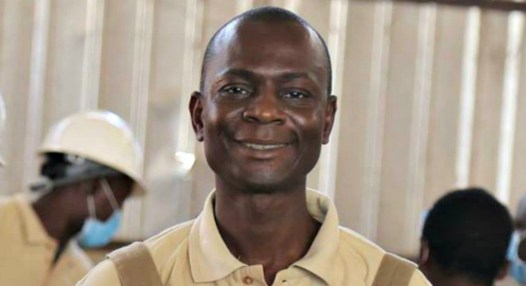 Mr. Robert was in the custody of the commission for nearly two weeks and thereafter charged to court.

The businessman was accused of using his companies including Oneplus Holdings, to benefit from the $2.1 billion allegedly diverted by former National Security Adviser, Sambo Dasuki, who is also being tried.

Mr. Dasuki paid $40 million into Oneplus accounts controlled by Mr. Robert, the EFCC told the Federal High Court where he is being tried.

In the charge sheet, the EFCC said Mr. Robert and his wife committed “an illegal act to wit: money laundering of the sum of $40million transferred to the domiciliary account of One Plus Holdings Nigeria Limited with Zenith Bank, Account No. 5070365750 from the account of ONSA with the Central Bank of Nigeria upon a mandate Ref. No. 128/S.5LX/139 purporting to be for the supply of Tactical Communication Kits for Special Services and thereby committed an offence contrary to Section 8(a) of the Money Laundering( Prohibition) Act 2011 as amended in 2012 and punishable under Section 15(3) of the same Act”.

The businessman, like Mr. Dasuki, has denied any wrongdoing.

While the case continued in court, Mr. Robert’s businesses suffered and the Apo-Karshi road, which was meant to ease the transportation needs of the hundreds of thousands of people who live in Karshi and neighbouring communities, was abandoned.

When PREMIUM TIMES visited the project site, residents of the area and officials of the construction firm lamented the state of the abandoned road.

“Rather than spend 2 hours to get to city centre, the road will make me spend less than an hour, So I lose two hours every day due to the abandonment,” Stella Mba, a Karshi resident said.

Although staff of Kakatar at the site refused to speak on record, an engineer at the site directed our reporter to the company’s head office for any inquiry.

He however confirmed that work had stopped on the project for close to six months.

“We have not been working for close to six months now and no worker has been paid. We just come here, sit down and gist and go back to our homes”, said the engineer who refused to give his name.

“The company is having issue with the government. We are waiting for them to resolve the matter,” he said.

Officials at the company’s head office, which was often abandoned, also declined comment.

However, even before the project was abandoned, government officials had lamented the slow pace of work.

The Abuja Minister, Muhammad Bello, had expressed disappointment with the pace of work during a visit to the site last year. 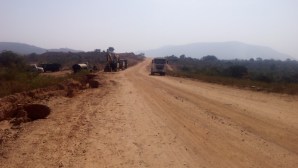 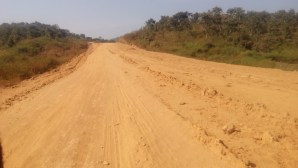 Officials have, however, confirmed to PREMIUM TIMES that negotiations are ongoing and the company would continue with the construction very soon.

The director of Satellite Towns Development Department at the FCDA, Victoria Imande, told PREMIUM TIMES that Kakatar was making arrangements to return to the project site.

Mrs. Imande, in a telephone interview, said she had met with representatives of the company who gave the assurance of returning to site later this month.

“They came to a meeting. They reported that they have made arrangements to resume work in January no matter what happens with their (court) case. They seem very confident,” she said.