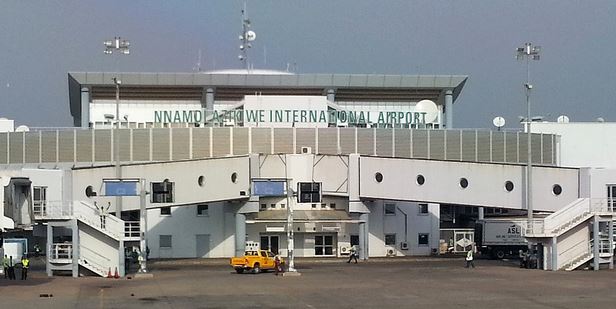 Serika, who made this disclosure during the commissioning the Low Level Windshear Alert System (LLWAS) at Umaru Musa Yar’Adua Airport Katsina, explained that the planned closure of the Abuja Airport for total rehabilitation for a period of six weeks, starting from on March 8, 2017, would be more than asphalt resurfacing of the runway.

He warned that the possible catastrophic consequence of further delay in reconstructing airport runway will be far more expensive and painful to the nation than the inconvenience Nigerians and foreigners would have to bear for six weeks period.

“The agency has procured and installed other weather monitoring equipment, including meteorological satellite image receivers. It has also increased the number of its Upper Air Stations to eight and established a modern ICT infrastructure, which includes computer clusters for Numeric Weather Prediction (NWP),” Serika said.

Welcoming the minister during a courtesy call at Muhammadu Buhari House Katsina, Governor Amonu Bello Masari, appealed to the Federal Government to put the Umaru Musa Yar’adua Airport Katsina to maximum use.

The governor, who disclosed that the air port was built and handed over to the Federal Government, said the state government is ready for the concession of the airport, saying “we welcome the development; we welcome concession.”

Masari challenged the Katsina-born minister to use his present opportunity to ensure his (Serika’s) dream of making the airport viable a reality.

Earlier, the minister promised to do his best to make the Katsina airport one of the viable in the country and provide a framework for the delivery and application of weather and climate services to enhance agricultural production in the state.