Chelsea manager Antonio Conte has become the first man in the history of the English Premier League (EPL) to be named Barclays Manager of the Month on three consecutive occasions. 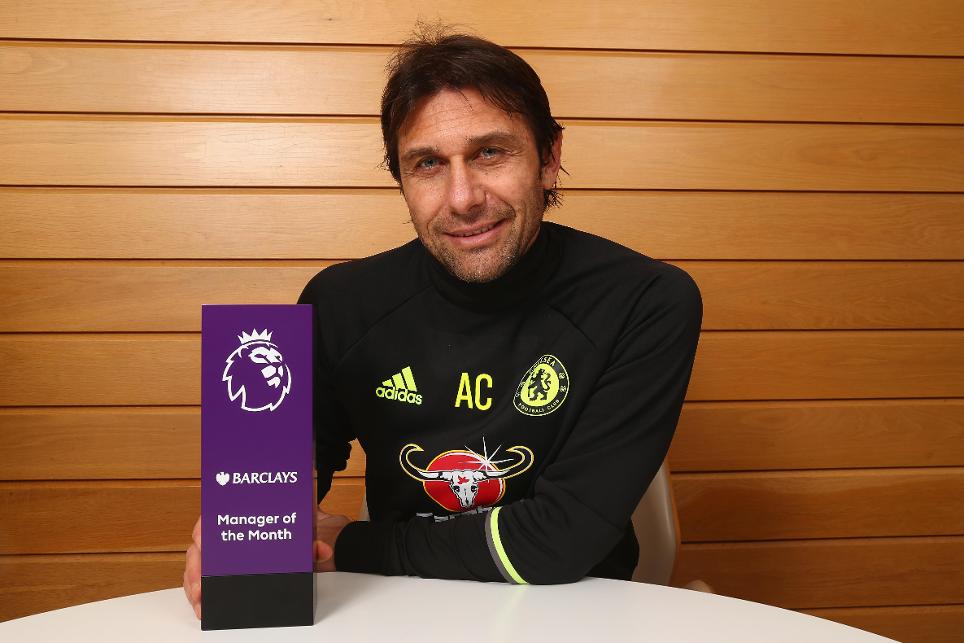 The Italian was awarded the gong for December following his victories in October and November, the Premier League confirmed on their official website.

The Blues won all their 6 matches in December, starting with a come-from-behind triumph away at Manchester City. This was followed by victories against West Bromwich Albion, Sunderland, Crystal Palace, Bournemouth and Stoke City. In all, they scored 10 goals and conceded just 3 during the month.

These successes during December saw Chelsea extend their winning streak to 13 in the league, and they now have a 5-point lead at the top of the table. This hardly seemed possible in late September when they were humbled 3-0 away at Arsenal. The turnaround since then has been incredible, and Conte has been at the centre of it. The former Juventus man switched things around tactically, going with a 3-4-3 system that has worked to a tee thus far.