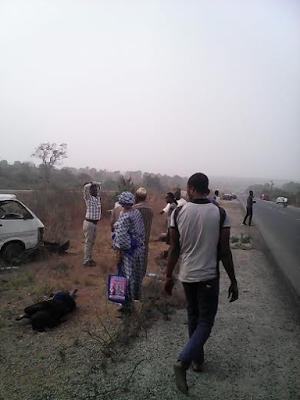 SP Haruna Mohammed, Bauchi Police Command spokesman in a statement said the accident occurred when the Honda Civic driver was coming from Kano direction and on high speed.

“On reaching a bend at Kula village, the driver lost control while trying to overtake another vehicle and had a head on collision with the Sharon Bus coming from Bauchi direction.

“As a result, twelve persons from both vehicles sustained various degrees of injuries.

“Seven casualties including the driver of the Honda civic were certified dead by a medical doctor.

The statement added that five wounded persons were responding to treatment while all corpses were released to their relatives for burial after postmortem examination.

The Command urged members of the Public, particularly drivers of commercial vehicles to always drive with care and caution in order to avoid unnecessary loss of lives and property.