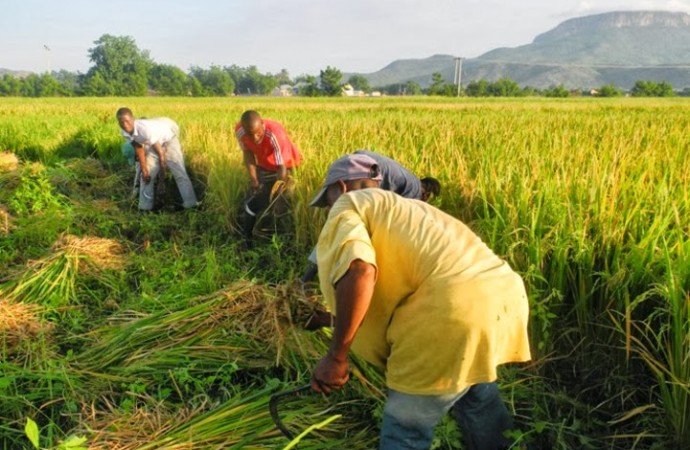 The Bauchi State government has selected 16,000 farmers to participate in its Anchor Borrowers Programme for the 2017 rice production scheme.

Consultant to the state government on the programme, Dr Nura AbdulMalik, told the News Agency (NAN) on Sunday in Bauchi that the farmers were selected among 25,000 who registered for the programme.

He explained that the 16,000 farmers who would participate in the scheme during the year were those who met the requirements, after verification.

“We have verified 16,000 farmers to take part in the programme and each of them is expected to cultivate one hectare of rice farm.

“But, during verification, we discovered that some of the farmers could not meet the scheme’s requirements.’’

Some of them, he said were not real practicing farmers.

“Some do not own farmlands while the farmland of some of them are not suitable for irrigated agriculture,’’ AbdulMalik said.

He said that the selected farmers were currently undergoing training in various centres in all the 20 local government areas in the state.

According to him, the farmers are being taught the best agronomic practice so as to successfully manage their farms.

“The scheme is a loan package and the farmers are expected to pay back fully.

“They may not be able to pay this loan if their agronomic practice is poor.

“We packaged the training so that the farmers can learn how to cultivate for best yield.

He explained that if they have the best yield, they would be able to pay back the loan and also have some returns against next planting season.

He stated that banks participating in the scheme would not give the loan to the famers who failed to attend the training.

The consultant described the training as ”the last lap of journey in the scheme”.