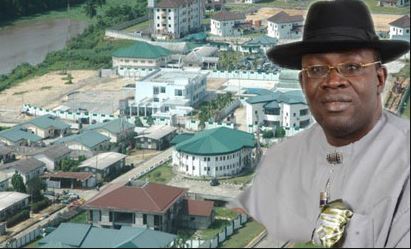 The Bayelsa State Government weekend showed signs of worry following reported rise in cases of absenteeism by workers of the State Civil Service, declaring that it is poise to launch a ‘no work, no pay” policy on Tuesday, as absenteeism from work henceforth attracts summary dismissal.

The Secretary to the State Government (SSG), Chief Serena Dokubo-Spiff, while briefing news men at the end of Governor Seriake Dickson’s interactive session with the members of the State Executive Council, heads of Department and Agencies of government, (MDAs) Permanent Secretaries and top government functionaries, said the government could no longer condone acts of indiscipline on the part of workers.

Dokubo-Spiff said the governor has directed opening of attendance registers in all the Ministries, Departments and Agencies of government, (MDAs), adding that any worker who is absent from work for a day or two would face summary dismissal.

According to him, ‘ malady of absenteeism in the state civil service must stop. There is attendance registers to be monitored in all the Ministries, Departments and Agencies of government and the people assigned to monitor the registers are going to be monitored likewise’

Barrister Serena Dokubo-Spiff said the implementation of the new civil service reform is aimed at checkmating age long fraudulent and sharp practices in the state civil service including over bloated wage bill and age falsification.

According to him, payment of over N5billion monthly wage bill of both State and Local Government Areas can no longer be sustained noting the numerous developmental challenges confronting the state.

Continuing payment of over N5billion monthly wage bill to workers is impacting negatively on the finances of the state, as government can no longer meets its other financial obligation including infrastructural development.

In order to reduce the over bloated wage the state is being confronted with, all hands must be on deck. Wage bill fraudsters need to be checkmated. So also, those falsifying age and document in order to remain in the service will be shown the exit door.

‘The civil service reform should not be misunderstood. It is not aimed at relieving workers of their jobs, rather it is geared towards checkmating fraudulent and sharp practices.

As part of the present administration’s effort to boost its Internally Generated Revenue, (IGR), the SSG disclosed that payment of taxes is now mandatory for public and civil servants.

According to him, if the state must move forward, there is need to look inward, the era of relying solely on monthly allocation from the Federation Account should become a thing of the past.

In addition to this, Barr. Spiff announced that the State driving school will become operational soon, and called on Bay sans who are interested in learning how to drive to take up the opportunity as there are seasoned trainers who are ready to train them professionally.

Commenting on the education sector, he disclosed that government has resolved to introduce education trust fund and Bayelsans are expected to pay education tax/levy, adding that it should not be seen as signpost to closing door on free education.

Throwing more light on this development, the State commissioner of information and Orientation, Hon. Jonathan Obuebite said education levy is different from free education as promised by the government.

He disclosed that students in the higher institutions of learning could access the fund in form of loans to fund their education and pay back at the end of their studies when they secure employment.

The statement further stated that MDAs, will from the month of January be given monthly impress as running cost for the smooth operation of their various MDAs to enhance efficiency.