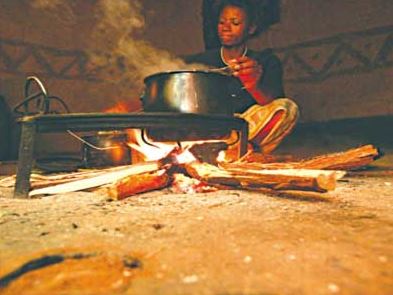 Following the hike in prices of cooking Gas and Kerosene, residents of Benin City, the Edo state capital have resorted to to the use of firewood and charcoal as as alternative for cooking.

Leadership check indicated that the price for a liter of kerosene at filling stations that was between N150 and N190, is now sold for between N300 and N350 restively.

Similarly, a beer bottle of the product that used to be sold at between N200 and N220, was sold for between N320 and N350 restively on Monday in Benin.

A resident, Mrs Osariemen Edosa, lamented that she could not understand the “sudden and sharp” rise in the prices of both products.

Speaking in an interview she described what she went through before she could to get kerosene to buy, as unthinkable.

“When I eventually got it to buy, the price I was given frightened me. i had to jettison my plan of buying 4liters for a bottle that I bought for N350,” she said.

Speaking in the same vain, lucky Amusa, said with gas and kerosene out of reach of the people for now, he went for charcoal as an alternative.

According to him, “Yes, I told my wife that we simply cannot afford this for now, especially against the backdrop of bills, including the children school fees that needed to be paid this month of January.”

On his part, Emmanuel Ogala advised that Nigerians must learn how to be their brothers keeper.

He described as pathetic when Nigerians take advantage of little opportunity to increase prices of good and services indiscriminately without taking into account that the market is not only for the rich, but the poor as well.

“If you ask me, what made the dealer of these products to add such an amount to the prices of the products,” Ogala inquired.