How Criminals Without Passport Vanish From Nigeria A Mystery – Immigration

South South Zonal Head of the Economic and Financial Crimes Commission, EFCC, Ishaq Salilu, on Wednesday called for an enhanced collaboration between the EFCC and the Nigeria Immigration Services, NIS, in checking the menace of criminals and fraudsters in the country.

Salihu made this remark when he received the Comptroller of Immigration, Rivers State , A. B. Yarima who paid him a courtesy visit in his office. 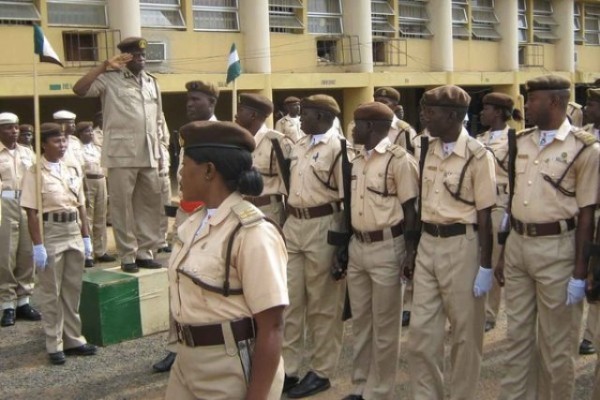 “We pray for a deepened collaboration. We are very ready to partner with you”, he said.

According to Salihu, the Nigeria Immigration Service was such a critical organization in the country that an enhanced collaboration will enable the Commission track fraudsters who despite having their international passports seized by the Commission are still able to sneak out of the country through other means.

“How they disappear remains a mystery to us,” Salihu lamented.

Earlier A.B Yarima, said he had visited other sister agencies and felt it was imperative that he visits the EFCC.

He said there was need for a synergy between the Commission and the NIS to rid the society of crimes.

“We are ready and willing to continue the existing relationship between NIS and the EFCC,” he assured.

The Rivers State Comptroller was accompanied by other top officers of NIS including GB Dilosi, S.E. Legglack, both Deputy Comptroller, K. A. Saqiq, Assistant Comptroller, and a hosts of others.