Danny Welbeck is in contention to make his Arsenal comeback in the FA Cup on Saturday after nine months out with a knee injury.

Arsene Wenger revealed the England striker, who has been back in training since last month, could figure in the third-round tie at Preston. 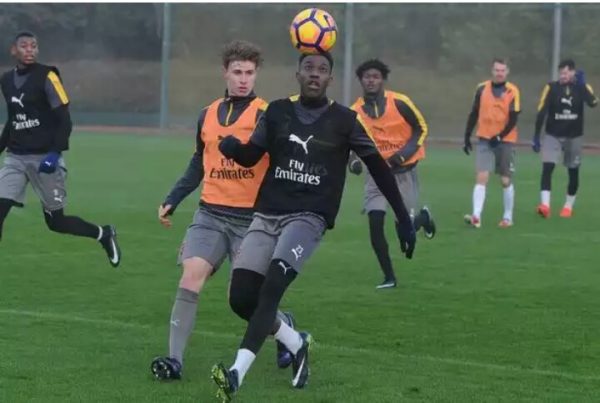 Welbeck will only start on the substitutes’ bench, but his return is a major boost for Arsenal.

Arsenal boss Wenger said: “I haven’t decided yet with him. He could play but it depends on Lucas Perez a little bit. He injured his ankle.

“It also depends on how Danny feels. Physically his fitness it at quite a good level but of course the ideal way is to give him two or three games with the Under-23s.

“But the situation is not always ideal, sometimes you have to hurry up.”

Arsenal head to the Championship side on the back of their thrilling 3-3 draw with Bournemouth on Tuesday night.

Share
Facebook
Twitter
WhatsApp
Previous articleGhana’s Central Bank Moves Swiftly Against MMM
Next articleBuhari Does Not Feed My Children, I Feed Them With My Personal Money – Aisha Buhari
- Advertisement - Ad ==> TRUTH FINALLY OUT! Discover how a young Nigerian graduate now makes a consistent 40k per week doing a legitimate online business. You too can start yours now, click here!!!

Arsenal has now moved up to 10th on the domestic league table following the four nil annihilation of Newcastle at the Emirate stadium on...
Read more

Argentine international, Paulo Dybala stepped up in the absence of 5 times Ballon D'or winner, Cristiano Ronaldo to ensure his side return provisionally to...
Read more

The MVP award for the NBA All-Star Game has been officially renamed to The Kobe Bryant MVP Award. The announcement was made on Saturday by...
Read more
- Advertisement -