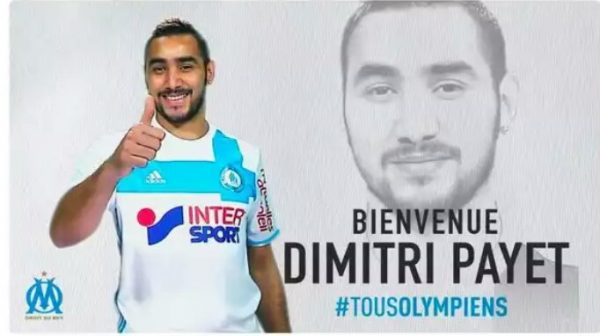 The 29-year-old French playmaker signed a four-and-a-half-year deal after a £25million fee was agreed with Wesh Ham United.
The fee, confirmed earlier on Sunday by the Hammers could rise to around £30million with bonuses.
A statement on West Ham’s official website read: “West Ham United have sold Dimitri Payet to Olympique de Marseille for a fee of £25m. The French midfielder has been sold after stating that he no longer wished to play for the Hammers.”