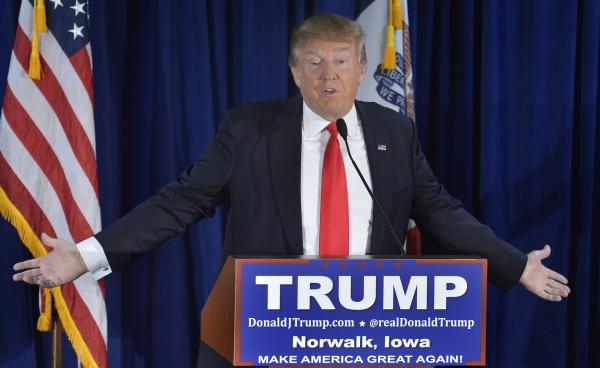 President-elect of the United States of America (USA), Mr. Donald Trump, is billed to attend a roadshow being put together by the Federal Government as part of efforts to attract investment into the sector, Minister of Petroleum Resources, Mr. Ibe Kachikwu, has said.

The Minister made the disclosure while unveiling his goals and those of the Ministry of Petroleum Resources for 2017 in Abuja.

The Minister said Nigeria would exploit the relationship built by President Muhammadu Buhari in taking a roadshow to the UK and US.

Kachikwu equally pledged the readiness of the Federal Government to pass the Petroleum Industry Bill (PIB) and allocate oil blocks in 2017.

“We are going to accelerate Federal Government’s revenues, look into areas where we could have made more money, so as to support the 2017 budget financing.

“We are looking to draw on the relationship that the president has built over time. We are going to be conducting oil blocks allocations and marginal flow awards to try and raise money for the government,” Kachikwu said.

He assured that Nigeria’s refineries would be revamped to produce at 60 per cent capacity.

“We need to start the revamping of the refineries. The president has given us marching orders on that. We still remain committed on our goal of 2018 to reduce importation by 60 per cent and 2019, stop the importation of petroleum products substantially.

“Now we are going to continue to focus on downstream issues. Although we have liberalized, there are still some challenges.
We are going to see how we work within the liberalization infrastructure such that we are able to take away the low-hanging difficulties.

“We are also going to focus on the Niger Delta. It’s been too long a lingering issue. We are going to be working with every aspect of the Presidency to try and find solution to this.

“On the other hand, we are going to run at a rocket pace. We have so much to do. First, we are going to firm up our policies, be able to gazette all our oil and gas policies and then pass the PIB,” he stated.

Kachikwu praised Nigeria’s “influential role” in stabilizing oil prices, saying he expects oil to trade in the $60s for the better part of 2017.