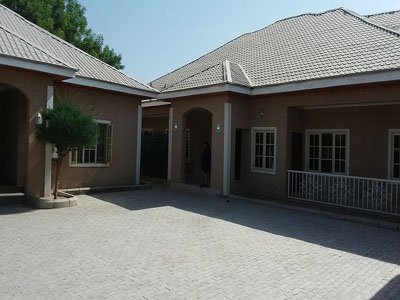 A house belonging to the former Assistant Director (Finance and Account), of the University of Maiduguri Teaching Hospital (UMTH), Mahmud Deji Sambo, was on Monday confiscated by the Economic and Financial Crimes Commission (EFCC).

Mr Sambo is currently facing trial with Musti Bukar for allegedly stealing N58 million belonging to the hospital with which he allegedly used in obtaining the seized property.

A statement by the Head of Media and Publicity of EFCC, Mr. Wilson Uwujaren, said: “The EFCC has secured the forfeiture of the property at Plot 114, Gamji Road, New GRA, off Bama Road, Maiduguri, belonging to Mahmud Deji Sambo, a former Assistant Director (Finance and Account), with the University of Maiduguri Teaching Hospital.

“Sambo is being prosecuted on a three-count charge of stealing. The property, to have been acquired with proceeds of crime, was attached pursuant to an order by Justice M.T Salihu of the Federal High Court, Maiduguri.

“It will be recalled that Sambo and Musti Bukar were arraigned by the EFCC last April for alleged fraud perpetrated in the finance department of UMTH, to the tune of N58 million.

“They pleaded not guilty to the charges. So far, the prosecution has called 10 witnesses as trial continues.”

Sections 28 and 34 of the EFCC (Establishment Act) 2004 and Section 13(1) of the Federal High Court Act, 2004, empowers the anti-graft agency to invoke Interim Assets Forfeiture Clause on any serving or former public officer or any Nigerian under probe.