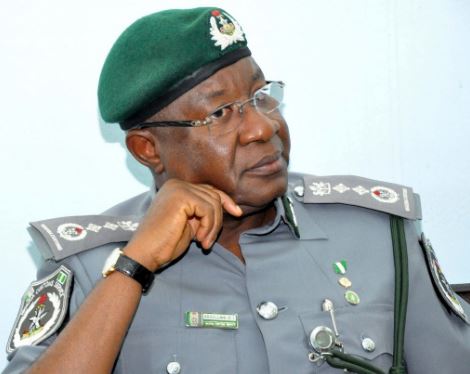 EFCC is accusing Umar of using funds belonging to the Nigerian Air Force (NAF) to purchase six choice properties in Abuja, Kano and Kaduna between September 2010 and December 2012.

In the charge sheet marked FHC/ABJ/CR/92/ 2016, EFCC alleged that the former Air Force boss transferred N66million into the Stanbic/IBTC account No. 9202077424, belonging to Capital Law office, from NAF operations account domiciled at UBA Plc, for the renovation/improvement of a house at No 1853 Deng Xiao Ping Street, Off Mahathir Mohammed Street, Asokoro Extension Abuja.

The commission told the court that Umar had between September and December 2012 in Abuja, used the Dollar equivalent of N500million removed from NAF account to purchase a four Bedroom Duplex with Boys Quarters at Road 3B Street 2, Mabushi Ministers Hill, Abuja.

The commission alleged the defendant also used the US dollar equivalent of N250million to purchase a property situated at No 14, Audu Bako Way, G.R.A. Kano State, in 2011.

Meanwhile, the defendant who was earlier docked before a high court on May 11, 2016, pleaded not guilty to the charge before Justice Nnamdi Dimgba, even as his lawyer, Mr. Hassan Liman (SAN), applied for his release on bail.

Liman prayed the court to allow his client to go home on self-recognition as he was previously allowed to do by Justice Binta Nyako who was hitherto in charge of the case.

Though EFCC lawyer, Mr. Tahir Sylvanus did not oppose Umar’s bail request, he however urged the court to impose some conditions.

In a bench ruling, Justice Dimgba directed the defendant to surrender his international passports to the deputy registrar of the court, as well as to produce two sureties who must not only own landed properties in Abuja, but also depose to an affidavit of means before the court.