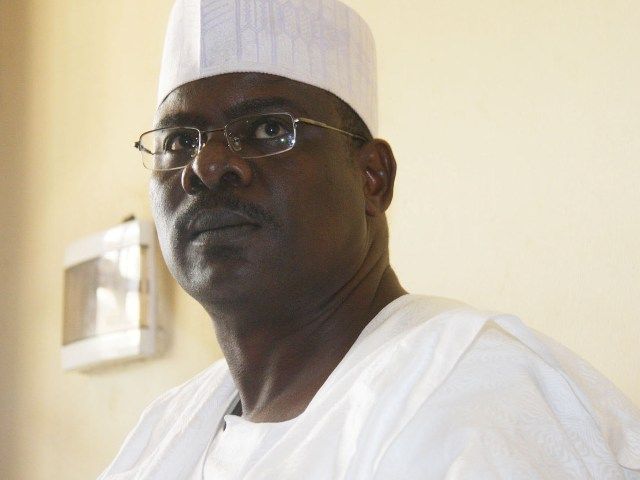 The immediate past Majority Leader of the Senate, Ali Ndume has decried the way in which he was relieved of his post, saying it could be anybody next.

Relying on a point of order at plenary on Wednesday, Sen Ndume in a thank you message said that his removal while he went to pray had given him grave concerns.

Recall that the APC Senate Caucus on Tuesday announced the removal of Ali Ndume as the Majority Leader replacing him immediately with Sen Ahmed Lawan.

While reacting to the development, the Senator representing Borno South said that just as he was removed as Leader without being given a chance or confronted with any allegation, anybody including the Deputy President of the Senate, Ike Ekweremadu could be next.

Ndume however, said that he had accepted the decision of the Senators stressing that he was no better than any other senator to occupy the position of leader.

“I was not found wanting for anything that I know.

“Because of the unity of this senate that is more important than myself three times I offered to resign and if that will bring peace but I believe that God’s time is the best.

“You are one of those that even warn me here to stop saying that I will resign, but yesterday I was not around change of leadership was announced.

“In fact if the number of those that lost confidence in me is not up to this number and I am made to know I will resign because I did not become a senate leader in other to lose confidence of any of you.

“I am concerned about the loss of confidence because as far as I know I have not done anything.

“But then just like that the Senate caucus has the right to say we have lost confidence in you and I think that should be now that I have said it I think it’s on record that I did not do anything, none to the best of my knowledge.

“If today, just like that without telling somebody and he goes out, If it is Ndume today and it’s ok it may be God forbid Ekweremadu tomorrow,” he said.

He however, stressed that it would have been better if he were confronted with the allegation rather than taking such a decision in his absence.

He added that if as little as 10 of his colleagues had disclosed the loss of confidence, he would have resigned honourably.

He thanked his colleagues for the confidence and the opportunity he had been given over the last year so serve as leader of the Senate.

“When I was nominated as the Senate leader I said one thing at that time and I want to repeat today that as a Senator I am not better than anybody here and I also want to believe that all of us are equal in this senate.

“I thank God for the way and the courage God given me to carry-on with my responsibility for the time one and half years that God said is my time as the senate leader.

“So, I want to thank unanimously especially my colleagues for the confidence you had in me.

“I thank God that throughout my service as the senate leader, most of the times my colleagues casually will say leader we are proud of you,

“This Senate is an institutions that we must protect. How do you protect the institution is to obey the rules and the tradition.

“So, what I am saying is that anytime our colleagues erred in one way or the other we should be given the chance to say look this is what we did and therefore we have lost confidence in you.

“But I thank God since there is nothing and I am grateful for that.

In his response, Sen. Ike Ekweremadu who presided over plenary thanked Ndume for his service as leader.

“You were a member of the House of Representatives leadership at some point, you came to the senate and also held very important committee assignments and then rose to become the senate leader.

“Those are services  we cannot wish away, so we would like to congratulate you for the manner you have accepted the position of things and I will like to assure you that we would all continue to work harmoniously in the best interest of our country.

“I do hope that you continue also to render your services not only to this senate but also our people.

We are conscious of the efforts you made regarding matters concerning the northeast and the role you played in ensuring that the humanitarian crisis there are being addressed.

“So, you will continue to serve at different capacities and we would all continue to work together with you and also believe too that you are going to give maximum support to the new senate leader,” he said.

Ekweremadu thanked Ndume for the position he had taken on the matter.

Also speaking on the matter, Senator Kabir Marafa (APC Zamfara) while also relying on a point of order said that Ndume’s removal followed due process.

He said that his removal was not in breach of the nation’s Constitution or the Standing Rules of the Senate.

“What we did yesterday was in accordance with our rules and there was no breach of the constitution or our standing rules.

“I have spoken several times about the importance of following our rules,” he said.

He added that the Senate or its caucus did not need to consult anyone before deciding to remove the person.