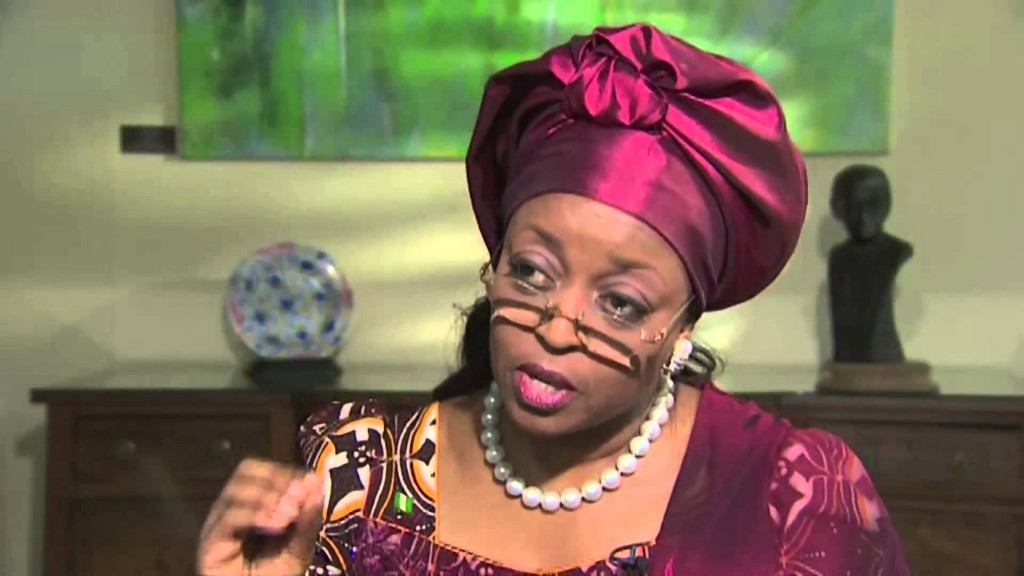 The Federal High Court sitting in Lagos on Friday ordered the forfeiture of $153.3 million allegedly embezzled by the embattled former Petroleum Minister, Diezani Alison-Madueke, to the Federal Government.

The seized money, according to the Economic and Financial Crimes Commission was stolen from the Nigerian National Petroleum Corporation and stashed in three banks in Nigeria, in US dollars and Naira.

It was gathered that N23.4 billion was kept in Sterling Bank Plc while the sum of  N9.08 billion was deposited in First Bank Plc and $5m in Access Bank Plc.

Justice  Muslim Hassan, who gave the order,  gave Sterling Bank and any other interested parties 14 days to appear before him to prove the legitimacy of the monies, failing which the funds would be permanently forfeited to the Federal Government of Nigeria

The judge made the order in favour of the Economic and Financial Crimes Commission which appeared before him today with an ex parte application seeking the temporary forfeiture of the funds.

In a nine-paragraph affidavit  by by EFCC investigator,  Moses Awolusi  and filed in support of the ex parte application,  the anti-graft agency discovered  how sometime in December 2014 Diezani invited a former Managing Director of Fidelity Bank Plc, Nnamdi Okonkwo, to her office. There  they hatched the plan of how  $153,310,000 would be moved from NNPC to Okonkwo to be saved for Diezani.

Diezani, according to Awolusi, instructed Okonkwo to ensure that the money was “neither credited into any known account nor captured in any transaction platforms” of Fidelity Bank.

Okonkwo accepted and implemented the deal leading to the movement of $153,310,000 from NNPC to Fidelity Bank.

He averred  further that two former Group Executive Directors of Finance and Account of NNPC, B.O.N. Otti and Stanley Lawson, helped Diezani to move the cash from NNPC, Abuja to the headquarters of Fidelity Bank in Lagos.

Awolusi said in a desperate bid to conceal the source of the money, Okonkwo, upon receiving it, instructed the Country Head of Fidelity Bank, Mr. Martin Izuogbe, to take $113,310,000 cash out of the money to the Executive Director, Commercial and Institutional Bank, Sterling Bank Plc, Lanre Adesanya, to keep.

He said the remaining $40m was taken in cash to the Executive Director, Public Sector Accountant, First Bank, Dauda Lawal, to keep.

The investigator said out of the $113,310,000 handed over to Adesanya, a sum of $108,310,000 was invested in an off balance sheet investment using Sterling Asset Management Trustees Limited.

The money was  was subsequently converted into N23.4 billion  and saved in Sterling Bank.

Awolusi said the EFCC had recovered the N23.4bn in draft and had registered it as an exhibit marked, EFCC 01.

The investigator said the EFCC had also recovered another $5m out of the money kept with the Managing Director of Access Bank Plc, Mr. Herbert Wigwe.

He said the $5m was recovered in draft and had been registered as an exhibit marked, EFCC 02.

Awolusi, however, said the EFCC had recovered that also in draft and registered it as Exhibit EFCC 03.

Moving the ex parte application today, the EFCC lawyer, Mr. Rotimi Oyedepo, urged Justice Hassan to order the temporary forfeiture of the funds to the Federal Government and to order Sterling Bank and Lawal, who were joined as defendants in the application, as well as any other interested parties, to appear in court within two weeks to show cause why the funds should not be permanently forfeited to the Federal Government.

Oyedepo, who said the application was brought pursuant to Section 17 of the Advance Fee Fraud and Other Related Offences Act No. 14, 2006 and Section 44(2)(‘) of the 1999 Constitution, said granting the application was in the best interest of justice.

Justice Hassan granted the order and adjourned till January 24, 2016 for the respondents to appear in court to show cause why the funds should not be permanently forfeited to the Federal Government of Nigeria.