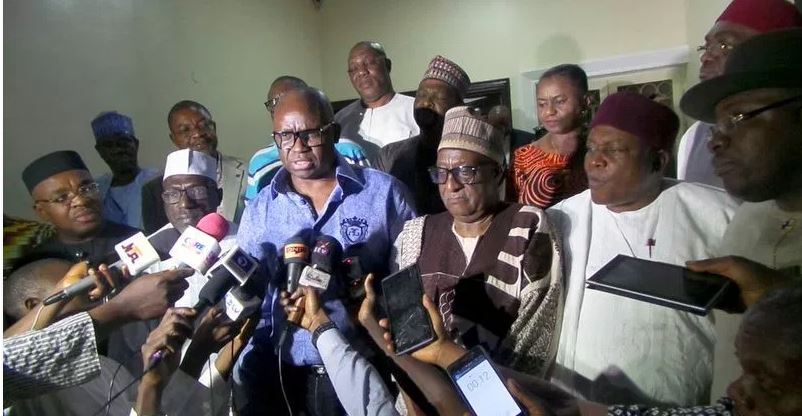 The Governor of Bayelsa State, Seriake Dickson, announced this to journalists in Abuja on Thursday night.

Addressing journalists shortly after the Forum’s meeting, Mr. Dickson stated that the forum decided to settle for Mr. Fayose based on his record of performance and as the most Senior governor under the platform of the party.

Flanked by other governors present at the meeting and the leaders of the party, Mr. Dickson said that the choice of Mr. Fayose was a collective one among the governors.

Mr. Dickson played glowing tributes to the outgone chairman of the forum, Olusegun Mimiko of Ondo State, for his immense contributions for the development of the party during his tenure.

Also speaking, the National Chairman of the Caretaker Committee of the Party, Ahmed Makarfi, the Chairman Board of Trustee, BOT of the Party, Wali Jibril, and the leadership of the party in the National Assembly, Ike Ekweremadu, endorsed the choice of Mr. Fayose.

They described Mr. Fayose as a real party man who would boost the growth and development of the party.

In his acceptance speech, Mr. Fayose who succeeded Governor Olusegun Mimiko described his election as call to service and promised not to let the party down as the Chairman of the Forum.

Mr. Fayose said that he was out to pull down the wall of Jericho surrounding the party with a promise to embark on total mobilization of party members nationwide ahead of the 2019 general elections.

He assured that the PDP would work very hard to reclaim its lost states and as well form the government at the centre come 2019 .