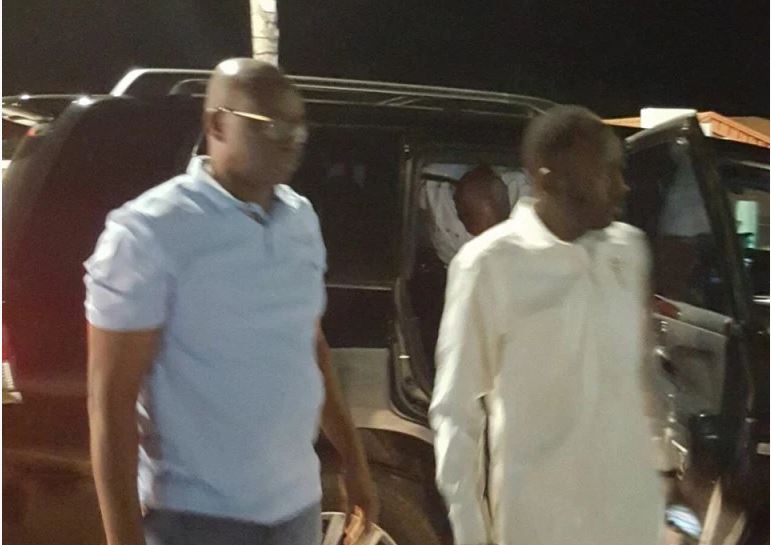 The Governor of Ekiti State in the early hours on Wednesday stopped the operatives of Department of State Services from arresting the founder of Omega Fire Ministries, Apostle Johnson Suleiman, in Ado-Ekiti, the state capital.

The pastor who is in the state for a two-day crusade that started on Tuesday was alleged to have been preaching against the killings of the Fulani herdsmen and asked members of his church in Auchi, Edo State to resist killings from the herders.

Recall that, last week, a video footage widely shared on social media, showed the  preacher, telling his congregants that someone had informed him of a plan by Fulani herdsmen to attack and assassinate him.

“I have told them in the church here that any Fulani herdsman that just enter by mistake and want to pretend, kill him. Kill him. Cut his head. If they are busy killing Christians and nothing is happening, we will kill them and nothing will happen,” he said to the cheers of his congregants in a packed church auditorium.

According to reports, Gov Fayose who had participated in the first day of the programme responded to a distress call by the pastor that, DSS operatives had trailed him to Midas Hotel in the Adebayo area of the town, where the he was staying after visiting the governor

Mr. Lere Olayinka, the media aide to the governor in a statement posted on the popular social media page, Whatsapp, claimed that the security operatives arrived in three Toyota Hilux vans and almost forced their way into the controversial preacher’s room; but were stopped by security officials in the hotel, who insisted on knowing their mission.

He said when alerted, Mr. Fayose drove himself to the hotel and took the preacher to the Government House, Ado-Ekiti.

“I called some people and they said there were some men here who said they want to see me at the dead of the night. Something was fishy, the preacher was seen saying in a video footage posted on Mr. Olayinka’s Facebook page, around 3 a.m. on Wednesday.

“Only for the people to come and I discovered they were DSS men with trucks but the governor came and took me out of the hotel. They were trying to break into the room. It was the crowd that scared them,” he said.

The preacher threatened dire consequences if he is arrested.

The DSS has no spokesperson and could not be reached for this story.

Another video posted by Mr. Olayinka showed Mr. Fayose and Mr. Suleiman walking ahead of an entourage into what appears to be the Government House of the State. Mr. Olayinka also shared video of the governor and the preacher alighting from a black SUV and walking down a street.