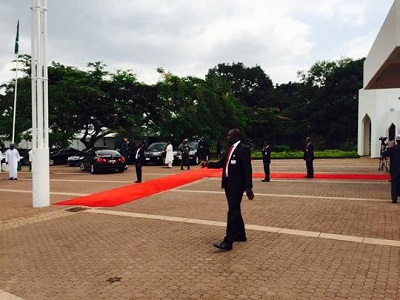 Following an incident involving the accidental gun discharge in the State House on Wednesday, the Presidency wishes to reassure all Nigerians and foreigners of the safety of the seat of power in the country.

According to the reports received so far, the security official involved is not attached to the State House. Rather, he came on invitation as a witness in an ongoing investigation and was required, as is the rule, to surrender his weapon at the gates before entry.

It was in the process of conducting the normal safety precaution as professionally required that the pistol accidentally fired.

Unfortunately, the security operative and the lady by his side, a caterer in the State House, were hit by a pellet of the bullet. Both of them were attended to at the clinic and discharged.

Senior Special Assistant to the President