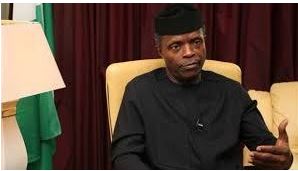 The federal government yesterday unveiled its economic recovery plan as part of conditions to secure $4 billon loans from the World Bank and African Development Bank (AfDB) and another $1 billion Eurobonds to finance budget shortfalls.

The government listed 12 priority areas, including sale of some of its identified but yet-to-be-named assets as well as the revamping of local crude oil refineries as part of strategies it is now adopting to quickly take the country out of recession.

The government also said it plans to restore crude oil production to 2.2 million barrels per day and raise it to 2.5 million by 2020 as part of its Economic Recovery and Growth Plan (ERGP).

The economic recovery plan, which the government said will be unveiled next month, is a plan of the Muhammadu Buhari-led government to get the country out of recession.

The federal government has been in talks with international lenders for more than one year and was billed to submit a comprehensive economic recovery plan to the lenders for the loan in December 2016, diplomats told Reuters. No reason was given for the government’s failure to meet the timeline.

Reuters had reported that observers were concerned that the funding deadlock could throw into doubt badly needed infrastructure projects planned for this year, including new roads and improvements to power infrastructure and that the failure to secure the funds and to present a reform programme could also deter some investors from Nigeria’s planned $1 billion Eurobonds sale in March.

President of the African Development Bank (AfDB), Dr Akinwumi Adesina, had on the sidelines of the World Economic Forum in Davos, Switzerland, last week, said the AfDB had yet to disburse the second tranche of the $1bn loan to Nigeria because it was yet to receive the country’s economic recovery plan.

The AfDB, which released $600 million to the government in November 2016, said it was awaiting the economic reform plan before it disburses the second tranche of the money.

“We are waiting for the economic policy recovery programme and the policy framework for that,” Adesina had said.

Also speaking at the World Economic Forum, vice president Yemi Osinbajo gave the assurance that the government would be launching its four-year economic recovery plan next month (February).

“We would formally launch the four-year economic recovery approved plan in mid-February. We’ve already written it out, many parts of it…we are discussing, but it would be formally launched as a document in the middle of February.

Speaking at the second quarterly presidential business forum, a platform to engage and interact with private sector stakeholders to update them on government’s policies, programmes and activities, which was presided over by acting President Osinbajo, the minister of budget and national planning, Senator Udoma Udo Udoma said that there are a total of 59 strategies but that 12 of them had been prioritised based on their importance to the success of the recovery plan.

Already, the government said it is ensuring that 30 percent of the 2017 budget is committed to capital expenditure.

According to Udoma, the recovery plan, which is different from previous ones developed and not effectively implemented, will be driven by strong political will, close partnership and strong collaboration between public and private sectors, especially in the areas of agriculture, manufacturing, solid minerals, services and infrastructure.

He explained that the ERGP is built on the existing 2016 Strategic Implementation Plan (SIP), and contains strategic objectives and enablers guaranteed to resuscitate the economy.

He assured that the President Buhari-led administration has the political will to drive the economic recovery plan which, it said, would pull the economy out of recession and set it on the path to sustainable growth and development.

Acting President Osinbajo, in his remarks, said that the discussions would continue and noted that the central point of the recovery plan is that it is private sector-led.

“The main plan of our economic plan is the sustenance of the robust private sector partnership. Indeed, it is our strong belief that sustenable economic growth is only possible if it is private sector-led, and a great attention has been paid, as you will possibly find, in sustaining private sector leadership, especially in the plan of Economic Recovery and Growth Plan 2017 which is to be launched next month.

“The pivot of that plan is the private sector-led recovery growth and plan. So, this forum is an important one for engendering the continuous engagement that this partnership will entail,” he said.

The OPS, which said it was aware of the current state of the economy and the efforts the federal government was making to revive it, posited that to achieve a good result, the federal government must address issues like access to foreign exchange by the real sector, diversification of the economy and resource-based industrialisation, provision of long-term funding for the industrial sector through urgent and targeted operations of the Development Bank of Nigeria and re-capitalisation of the Bank of Industry and Bank of Agriculture.

It also urged the federal government to strongly oppose the EU/ECOWAS Economic Partnership Agreement which, according to the OPS, would lead to de-industrialisation as it is structured to limit the growth of manufacturing and investments in West Africa, particularly Nigeria.

“The implication of this, if entered into, is that our economy will remain a provider of raw materials and an importer of finished products,” the group said.

The OPS advised the federal government ministries, departments and agencies (MDAs) to patronise made-in-Nigeria products and enforce the Procurement Act as this would help to create employment and encourage local manufacturers.

“Our expenditure in favour of imported products is detrimental to the growth of local industry as it increases employment in the country of origin and simultaneously increases poverty in our land,” it noted.

Another recommendation by the OPS was that the Anchor Borrowers Programme be expanded to include medium-scale as well as large-scale integrated processors to act as anchor companies so as to increase private sector involvement in the scheme in order to boost production of key commodities, stabilise supply of inputs to agro processors and address the country’s food deficit.

It equally asked the federal government to advise its regulatory agencies to ensure that only one fee is charged for a particular transaction.

“There is no reason why NAFDAC, CPC and NLRC (which are all federal government agencies) should charge separate fees for the same sales promotion, thereby increasing the cost of doing business in Nigeria,” it said.