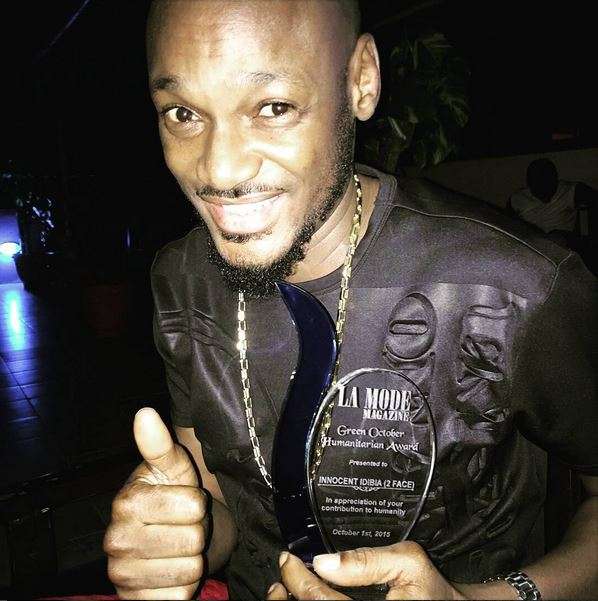 The protest, planned to hold on Sunday, February 5, had in the last two weeks generated much hue and cry with some Nigerian celebrities queuing behind the move, while others had kicked against the intention.
But on Monday, a source revealed to PMNEWS, that 2face was being used as a stooge to drive the protest aimed at smearing the Buhari-led FG.

The said former governor, now a Senator, has never hidden his love for the ‘African Queen’ crooner and had in the past said to have showered the music icon with cash and gifts worth several millions of naira.

PMNEWS recalls that 2face and his wife, Annie Macaulay, in 2013, were gifted two brand new Prado SUVs by this former governor as their wedding gift which they graciously accepted.
2face has however, come under severe criticism by some fans who feel he was silent during the previous administration where massive corruption, lawlessness and poverty were the order of the day, with some concluding that there was more behind the protest.

“2face should come out clean and tell Nigerians the real reason behind this protest rather than hiding under the guise of clamouring for good governance. Where was he during Chief Olusegun Obasanjo era? Where was he when Goodluck Jonathan and his men were ripping Nigeria off?

“If he is not careful, this move might just signal the beginning of the end of his musical career. He is threading on a path where he is a complete novice,” the source said.