Taiwo, 31, joined the Swiss club from Finland’s HJK Helsinki where he left as a free agent. 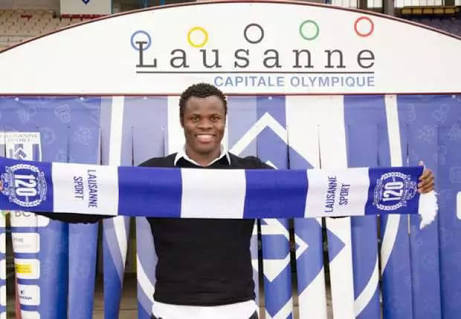 “The powerful 31-year-old defender will reinforce the team and will be in the team until the end of the season 2016/2017, coming from HJK Helsinki.

“At home at the left-hand side, he (Taye Taiwo) will bring all his experience and athletic qualities to this young team and could be available to his coach on Sunday 5 February for the game against FC Lucerne.

“The club is pleased with the arrival of Taye Taiwo and welcomes him to FC Lausanne-Sport.” The statement concluded.