Ghana swears in Akufo-Addo as president

Nana Akufo-Addo has been sworn in as Ghana’s new president. 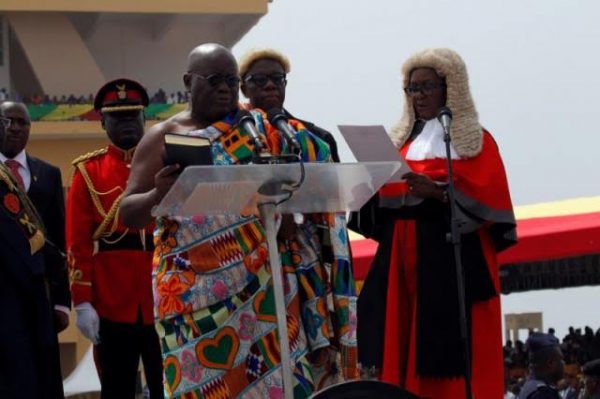 Heads of state from across Africa and thousands of guests and dignitaries watched the 72-year-old former human rights lawyer take the oath of office at a ceremony in the capital’s Independence Square today.

Taking the oath of office, which represents the latest peaceful handover of power in the West African country, Mr Akufo-Addo promised to “protect and defend” Ghana’s constitution.

Mr Akufo-Addo, from the New Patriotic Party, was elected on his third attempt to reach the post, after a campaign dominated by the country’s faltering economy.