High school students in Mbabane, the capital of the largest city in Swaziland, blame “sexually attractive” teachers for causing their failure in their final exams late last year. 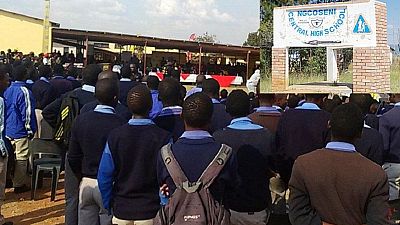 The students said their female teachers who wore revealing dresses and exposed cleavage affected their concentration in class and resulted in their poor performance, local newspaper Times of Swaziland reported.

The majority male Ngcoseni Central High School recorded huge failures in the past two years with about 166 students failing in 2016.

Some of the students who are repeating their classes told the paper last week that their female teachers were “disturbing them as they were old enough to be attracted to sexy women”.

The students whose identities were withheld also accused some of the teachers of reluctance to teach them and unprofessional conduct.

After the publication last week, the school’s 54 teachers were summoned by the Deputy Prime Minister of Swaziland, Paul Dlamini, for a meeting on Thursday with Social Welfare Department officers, the Times of Swaziland reported on Wednesday.

The school has been in the news several times for the wrong reasons including last year’s failure in the final exams and violence among others.