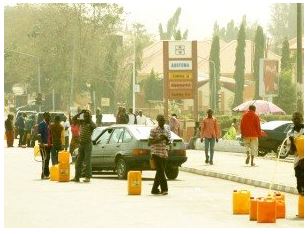 The Independent Petroleum Marketers Association of Nigeria (IPMAN), Sokoto State branch has attributed the current fuel scarcity in the state to many problems including lack of support and recognition by the state government and unpaid claims.

They also explained that majority of their marketers are handicapped due to the restriction of their supply to only Gusau Depot for the supply of the commodity which had stopped functioning because of damaged pipeline.

Reacting to the recent threat by the state government to withdraw the Certificate of Occupancy of any filling station found hoarding o selling above the government approved price of N145, zonal secretary of IPMAN comprising Sokoto, Kebbi and Zamfara states, Alhaji Sanusi Kware said they now rely on private depot for supply at higher prices in Lagos State which is selling at N140 per liter as against the N133.28 approved by the government.

He added that they spent almost N15 to transport each liter of fuel to Sokoto, therefore they could not sell the commodity at less than N155 per liter. When asked whether they had sought for redress from the relevant authority, he said they lodged their complaint with the Secretary to the State Government.

Agreement restricts us only to Gusau Unit. We want our state governor to intervene so that we can buy the commodity at Kaduna Refinery,” he said.