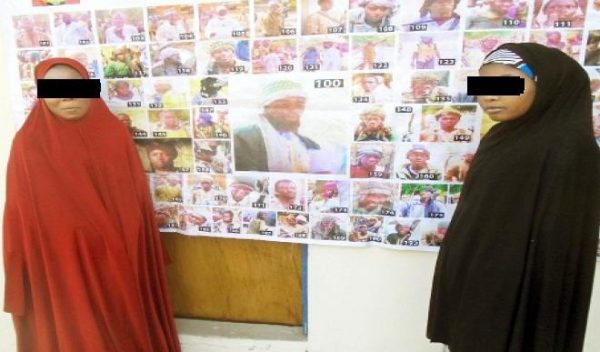 Two teenage girls who were abducted in Bama, Borno State, by insurgents have identified the picture of the Amir (Commander) that led others to abduct them from their family home, where he was a daily caller before he joined Boko Haram. Maimuna, 17, and Maryam, 15, are Shuwa from the Muhammat family in Bama, where the only male of four children, Usman, was going to secondary school along with a close friend, Abba Fanni.

At the Maiduguri residence of the Muhammat family, where they are now living as Internally Displaced Persons (IDPs), the friendly matriarch, Ashe, who only speaks Shuwa and Kanuri declined to speak about her experience with insurgents, as it would remind her how she watched helplessly as armed terrorists, acting on instructions of a boy she helped raise, took away her three daughters and son.

Maryam recalled the friendship of the Boko Haram Amir called Abba. “He tried to introduce our brother to some friends, but he was suspicious. Suddenly, we started hearing that Abba had joined the insurgents. He was like a member of our family. When Boko Haram took over Bama, our father fled to Maiduguri and left us in Bama. Abba stopped us one day when we were going to fetch water and told my sister, Maimuna that he loves her and will one day come to marry her.”

Maryam and her sisters went back home and told their mother, and they shrugged it off. But a few days after, he came along with armed men on motorcycles to ask for Usman. “When they could not find him, they forced I and my two sisters to go with them. They blindfolded us and whisked us away on the motorcycles to a house in Bama.”

Maryam said it was when she was in detention that she got to know that Abba was an Amir. “On our seventh day in the cell, we overheard the insurgents planning to marry us off the following day. We wept but fortunately for us, there was a problem somewhere in Bama around 11am the next morning and all the insurgents rushed there to reinforce. We all sneaked out, with some other detainees and escaped. We got home and escaped with our mum from Bama that same day. Later, our mother told us that after we were taken, the insurgents went back and took away our brother. It’s about three years now and we haven’t heard anything about him.”

Maryam said while fleeing Bama, she met some escapees also trekking to Maiduguri through a bush path, on a journey that lasted nine days. “I first stayed at Dalori camp from where I traced my father and other relations.”

The girls said shortly after relocating to Maiduguri, they visited the Customs area one day and joined others looking at the poster which showed most-wanted insurgents when they saw Abba’s photo. “We lost control and shouted that this is the fellow who abducted us. We hope that he’ll be arrested one day and we’ll go and watch him being executed.”

Both teens said their priority is to marry and settle down, adding that if their husbands want them to go to school, they would love that.