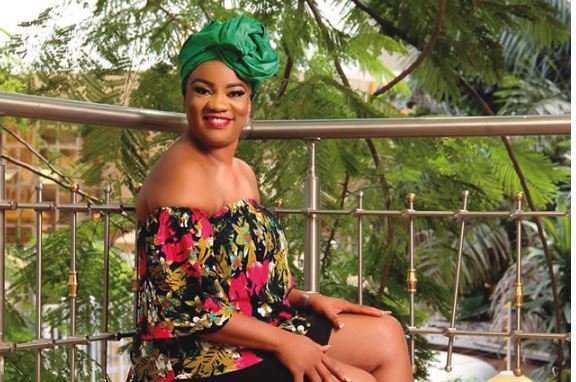 Even though I was born in Lagos, I am from Sagamu, Ogun State. I am the second of my mother’s three children. I was singlehandedly raised by my mum because she and my father separated.

I attended Our Lady of Apostles Private School, Yaba, for my elementary education and Remo Secondary School, for my post-elementary education. I earned an Ordinary National Diploma in Accountancy from Moshood Abiola Polytechnic, Abeokuta. I bagged a degree in the same discipline from the Lagos State University, Ojo.

My first acting gig was Papa Ajasco and Company. After acting for television for two years, I began to feature in movies. The first movie I took part in was Rotimi Makinde’s Aso Iyi. By the time I finished that production, I had another offer to act in Bayowa Films’ Ige Adubi. I was one of those few lucky ones who kept getting roles back-to-back. I also featured in the movie Nkan Ini, by Yetunde Wunmi. I have produced some movies including Ogede Didun, Tenteni, and Oluwatimilehin, to name a few.

Love and marriage are the reasons I relocated to the United Kingdom. However, I love living in Nigeria and if it were possible, I would want to live in Nigeria full-time again. In the United Kingdom, the winter season and the ‘do it yourself’ lifestyle is definitely a struggle, but the economic, social, health, emergency response and recovery agencies as well as equal rights, high standard of education and opportunities that abound are incomparable to what is obtainable in Nigeria.

I always leave my kids and travel to Nigeria for work, so it’s quite tedious and challenging for me. Whenever I am away from the United Kingdom, my husband cares for our children in an excellent manner.

It takes a lot to sustain a marriage and the truth is that when a break-up happens, it is not always the fault of the celebrity involved. Sometimes, the break-up might be due to the action or inaction of the celebrity’s spouse. Other factors like interference from in-laws, the media, family and friends, may also lead to conflict.

As a mother, wife and Yoruba lady, I don’t jump at every role that I am offered; I am quite picky. When you are given a script, it is your choice as an actor to be able to read through, analyse it and say, “I’m sorry, I cannot play this role.’’ Because I have a family that I do not want to let down, I would never play a role that my husband, children and other members of my family won’t be proud of.

I am not obsessively concerned with fashion but I like to look good. I wear what I like and the good thing about living abroad is that when one goes to a shop, you can try on clothes. I like wearing short dresses and they are my fashion fetish.

I have a different perception when it comes to the issue of role models and mentors. You must realise that they are human and can make mistakes too. There was someone I looked up to until the day he did something that put me off completely. It was too much for me to bear. Before now, I used to have mentors ,but right now, I don’t want to look up to anybody. I might see someone and appreciate what he or she does. Since I can be very emotional, I don’t get too attached to people or what they do. They might mentor you in a good way, but that should also come with some form of caution. The only mentor that I have right now is God.

I have a group called Opeyemi Aiyeola Rehearsal Group, which nurtures talents. I have a script for my next movie but plans for the production are still in the incubation stage. When I finally shoot the movie, it will be a film fit for the cinemas.