Manchester United left it late to secure a point at Old Trafford against Liverpool in what was a thrilling contest.

United knew that a loss here would put a nail in an already difficult possibility of winning the league and they needed determination to avoid one.

Liverpool are without Sane and Nathaniel Clyne and only recently welcomed Coutinho back from injury.

Despite this, they harried United in the first half and went ahead after Paul Pogba handled the ball in the.

The referee wasted no time in pointing to the spot and James Miller calmly slotted it in.

In an end to end encounter, clear cut chances were at a premium but Liverpool will have Mignolet to thank for three brilliant saves.

Ibrahimovic almost scored from freekick and eventually got the equaliser late in the second half thanks to some confusion in the Liverpool box.

Wijnaldum had a gilt edged chance to nick the game for Liverpool at the death but his poor finishing meant that the game finished 1-1. 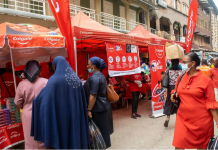