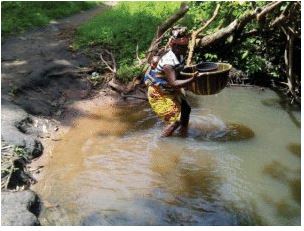 A 20-year-old man, Umar Muhammad, reportedly drowned when he fell into an open body of water on Thursday at Dam Agundi, behind a primary school in the Kano metropolis.

The Director of Kano State Fire Service, Alhaji Mustafa Rilwan, disclosed this in an interview with the News Agency of Nigeria (NAN) on Friday in Kano.

He said that a good samaritan called the state Fire Service and informed them that a body was found floating in the water.

“Upon receiving the information, we quickly dispatched our secure team and a vehicle to the scene, at about 7:00 p. m.,’’ the fire service boss said.

Rilwan explained that the deceased was rescued unconscious and later conveyed to the Murtala Muhammed Specialist Hospital, where he was confirmed dead.

The Director advised the general public to stop bathing in open water; they should rather fetch the water to where they are to have their bath.