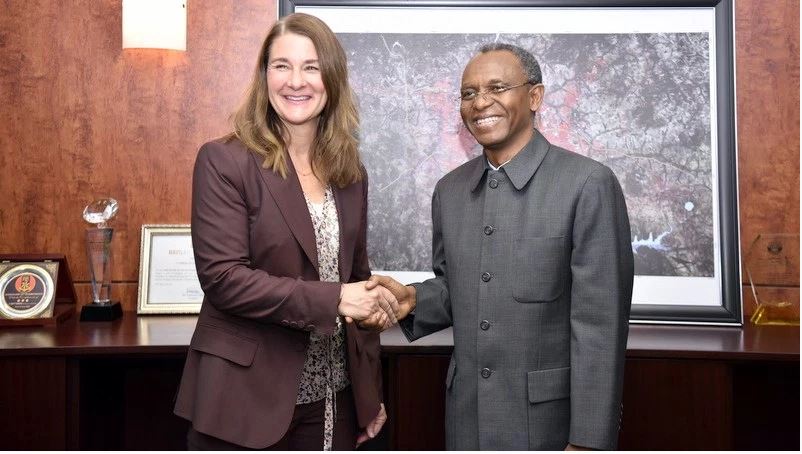 The Kaduna State Governor, Nasir El-Rufai, has been commended for his leadership in improving child health. Melinda Gates, co-chair of the Bill and Melinda Gates Foundation, BMGF, gave this assessment when she visited Kaduna on Wednesday.

Mrs. Gates, whose plane landed at the Kaduna Airport, told the governor that the Gates Foundation also lauded Kaduna State’s drive to improve the range and credibility of data collection.

“Your commitment to data collection is really admirable. You can’t make decisions without data. We are pleased to help you with that”.

She assured the governor that the Gates Foundation has a joint interest with the Kaduna State Government to reduce infant mortality.

Assessing the progress on routine immunisation, Mrs. Gates said the BMGF is impressed by the scale of the polio surveillance mounted by the Kaduna State Government.

Speaking further on the healthcare segment of the partnership between her foundation and Kaduna State, Mrs. Gates said that the primary health centres will continue to be supported so that they can offer a broad range of services to patients.

Mrs. Gates also promised that the BMGF will invest more in agriculture and in promoting access to financial services.

Mr. El-Rufai expressed gratitude to the Gates Foundation for supporting Kaduna State. He proposed that the partnership between the foundation and the state be strengthened by making it to better cohere with the state’s priorities.

These include maternal and child health, child spacing and nutrition. He further suggested that the BMGF should support the state’s data revolution, its state residency identification system and efforts to promote security and justice, and to address the root causes of poverty and development.

The governor noted that Mrs. Gates’ direct flight to Kaduna Airport is a welcome endorsement. He added that Kaduna State looks forward to strengthening the relationship between the two partners.