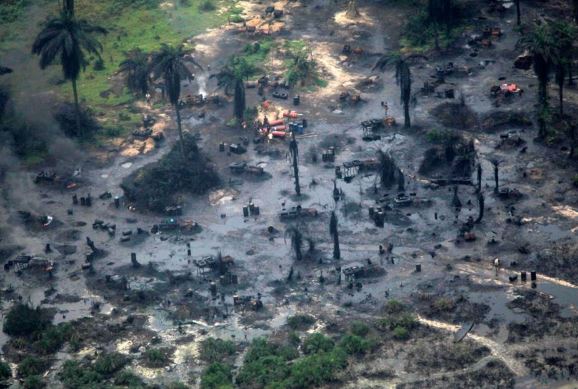 Chief Mike Loyibo, who is the convener of Niger Delta Peoples Congress (NDPC ) appealed to Niger Deltans to give President Buhari all their support so that he will succeed because if he fails, the bad people will take over this country and they will continue to take us backwards.

He said as leaders of the region , the visit of Vice President, Yemi Osinbajo to the region, shows that the presidency is actually committed and genuinely concerned in addressing in a very holistic manner the age-long neglect of the Niger Delta.

He said ;When the Vice President went there, he said, Niger Delta is a special zone and it needs to be treated that way and that’s why he announced that by September, the academic activities of the Maritime University will kick off and that’s one of the best news we have been expecting as a people.

So, for us, that visit was timely, proactive and it shows the leaders that are committed to solving this age-long problem for once. After all, the problem is not Osinbajo’s problem. It is not Buhari’s problems. The problem was caused by we Niger-Delta people because when you blame the center everyday for all these problems, we have not asked questions about our 13 percent derivation money; what do the governors at that level do with the money?

“So, everyday we run to the center, saying you have not done this and that, we have not been able to ask questions among ourselves. So, there is a leadership problem in our area. As far as I concerned, the problem is not a Buhari problem. It was caused by we, the Niger Delta people.

“Have we also asked questions? Our son and brother was there for years, what was the take home achievement? You, see, we keep on blaming the government. After all, the MD of NDDC; is he an Hausa man? Somehow, we should also ask an internal question on how we manage the little resources that have been given to us before we talk.”

Asked if the President himself and not his Vice should have visited to see things for himself, he said ;What are they talking about? With due respect to that view, the presidency is one. As a sitting President, was there anytime Jonathan visited the place? Did he come to Gbaramatu?

Then, Yar’dua was president and Jonathan came as Vice President to Gbaramatu. So, what’s the difference between the Number Two man and the President? The Vice represented the president and for us, we are excited. Whether it is Buhari, Osinbajo or even a Minister, provided he has the mandate of Mr. President, we are OK, He stated.