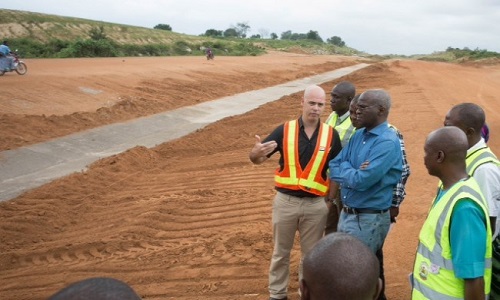 Nigeria plans to spend about N270 billion over three years for the rehabilitation of 50 bridges, following the decay of many of the existing ones.

The government plan to start with about N70 billion to N100 billion in year one, Power, Works, Housing Minister Babatunde Fashola, said on Tuesday in Lagos.

He said government would start work on “very critical ones’’ so that the bridges do not collapse before moving to the less critical ones.

He said: “We now have a three-year plan affecting over 50 bridges across the country for maintenance, repairs and restoration.

“Many of the bridges we built in the country over the last four, five decades have not been under any form of maintenance.

“We now have a three-year plan affecting over 50 bridges across the country for maintenance, repairs and restoration.’’

Fashola unveiled the plan when he was inspecting the rehabilitation of Lagos Ring Road Bridge Abutment and Approach to the Third Mainland Bridge project on Tuesday in Lagos.

The minister said that many of the bridges in Lagos and across the country had suffered neglect and had not been undergoing routine maintenance.

He said some columns and beams of Nigeria’s longest bridge, Third Mainland, were threatened because of human activities, sand filling and ecological factors which resulted in erosion.

The work we have come to inspect was awarded some years back when there was an indication of some mis-alignments here on the Lagos Outer Ring Road which is the beginning of what leads on to the Third Mainland Bridge itself which is just about here.

“And it is being caused by erosion, sand filling and other activities.

“This road has moved as a result of some sub-soil displacement,’’ Fashola said.

He said that the project which was slowed down by funding would be completed in November.

He decried indiscriminate parking and trading activities in some parts of Ebute Ero toward the Third Mainland Bridge.

“I want to appeal to those people who use those areas as car parks and trading to start moving voluntarily in their own best interest.

“ We intend to repose our right of way while work is going on on the Outer Marina to free traffic,’’ he said.