Why Nigeria Is Underdeveloped – Dogara 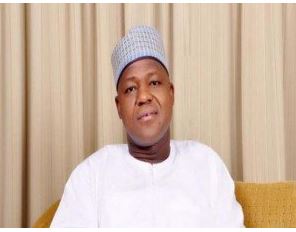 Speaker of the House of Representatives,Yakubu Dogara, has Nigeria’s developmental woes on the non-implementation of national development plans by successive governments.

Dogara who was a Special Guest of Honour at the 14th Daily Trust Annual Interactive Dialogue disclosed that the National Assembly has aligned with the executive arm of government to turn around the economy.

While speaking on the theme of the dialogue ‘Beyond Recession: Towards a Resilient Economy’, the Speaker noted that government would focus focus on priorities areas that will make maximum impact on economic recovery and respectable growth.

This according to him is in concurrence with the resolution of the two chambers of the National Assembly.

He observed succeive governments had failed to implement their draft development plans.

“ Sucessive government since Lord Luggard never planned to fail but have always had plans and in most cases those plans were drawn by some of the best brains available. But why did we fail?”

“The answer is that coming up with a plan is not hard but sticking to the plan until it is fully implemented, is. What is there in a plan if it is not fully implemented? Why do we love to waste resources to plan but hate to implement the plans? We must muster the discipline to overcome this shortcoming if we must sustain the coming economic rebound,” he said.

Dogara also revealed that very soon the National Assembly will pass into law the Federal Competition Commission Bill which he said would among other things, promot e efficient allocation of resources.

How Jibrin Flauted CCB Rules, Incorporated Company An interpol report has brought more light into how suspended member of the House of Representatives, Hon Abdulmumin Jibrin breached the rules of the Code of Conduct Bureau (CCB) and remained on the board the company he incorporated, Berkley Investment Limited.

The report further showed that the company was incorporated 3 months before he became a member of the House and was still a director for 8 months before resigning his directorship of the company in January 2, 2012 the report stated.

The report is pursuant to a spontaneous disclosure from the United kingdom Financial Intelligence Unit (UKFIU) and the National Crime Agency which provided information on various bank accounts maintained in the UK by Jibrin.